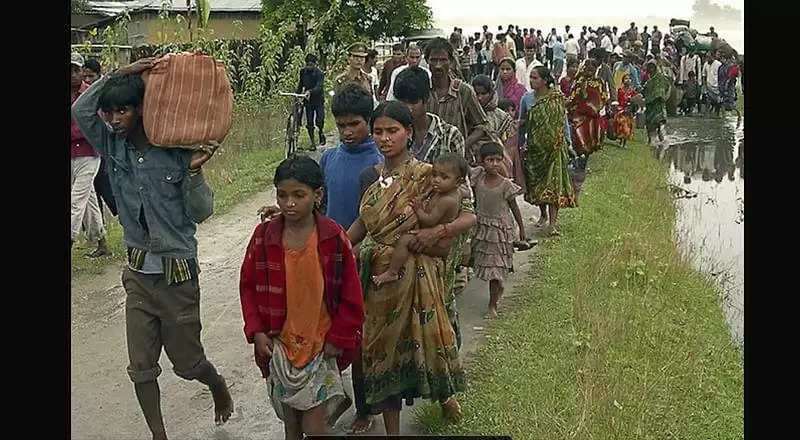 KOHIMA, Oct 5, 2017: Amid the Rohingya crisis, social organisations of Nagaland have expressed concerns over the impending threat of influx of illegal immigrants into the state and the absence of a stringent law to tackle the unchecked flow of immigrants.

While the influx threat looms large, the Naga Students' Federation (NSF) has asked the government to take serious step to address this issue and to implement the Inner Line Permit (ILP) while questioning the lackadaisical attitude of the government in amending the Bengal Eastern Frontier Regulation (BERF) Act of 1873.

Dismayed by the easy-going approach of the government towards the implementation and regulation of the ILP, the federation has demanded for "a prompt and sagacious action" within 30 days.

In a memorandum addressed to the chief secretary, the NSF president, Kesosul Christopher Ltu, and general secretary Imtiyapang Imsong, stated that the many provisions of the BERF Act of 1873 were becoming irrelevant in the present context.

In this regard, the federation has submitted "terms and condition" to be incorporated in framing of a new modality for implementation of Bengal Eastern Frontier Regulation (BERF) Act of 1873, which included territorial coverage, documents to be produced while applying ILP, undertaking, validity of ILP and administrative mechanism.

With regard to ILP territorial coverage, the NSF suggested that Dimapur district should come under the purview of ILP regulation.

Concerning the documents required for obtaining ILP, the NSF has classified the ILP applicants into two groups – mainland Indians and applicants from Assam – and listed out documents that needed to be produced by ILP applicants.

On validity of ILP, NSF said a maximum of 15 days should be granted.

On administrative mechanism, the NSF suggested setting up separate ILP monitoring cell in each and every district headed by additional deputy commissioner (ADC).

Among others, the federation suggested installation of CCTV at main entry and exit points.

Further, NSF also urged the state government to initiate sensitization programmes with the village councils, town/ward/colony leaders and apex tribal bodies in all the districts. It said that the government should empower local bodies for the successful implementation of the ILP system in Nagaland.