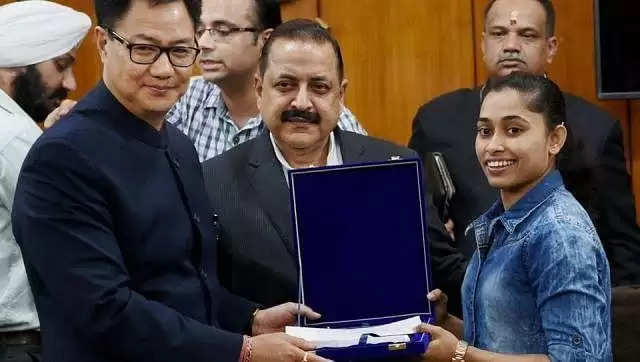 NEW DELHI, Feb 28: Amid model code in force in Manipur, five sportspersons from this poll-bound state in Northeast India and two others from the region including Olympic gymnast Dipa Karmakar were felicitated by the Centre and given cash prizes on Tuesday.

Dipa hails from Tripura and Ruatfeli is from Mizoram.

They were honoured by Minister of State for Home Kiren Rijiju at a special function.

Rijiju, who hails from Arunachal Pradesh, strongly defended the move to honour the sportspersons from the North-east saying the event was planned six months ago and it has nothing to do with March 4 and 8 Assembly elections in Manipur.