Stir against Citizenship Amendment Bill to intensify in NE 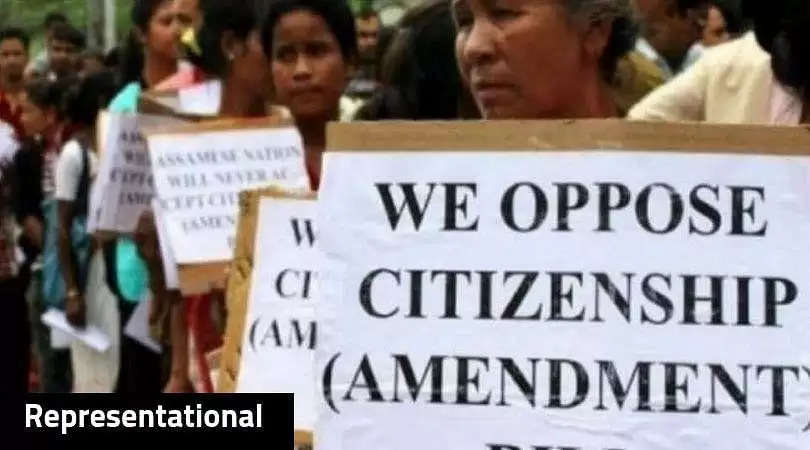 Political parties, students and youth organisations besides numerous civil society bodies in the northeastern region are ready to intensify their opposition to the Citizenship (Amendment) Bill (CAB).

Samuel B. Jyrwa, Chairman of the North East Students' Organisations (NESO), an apex body of eight students and youth bodies, which on Monday held protest demonstrations against the CAB across all the seven states in the region, on Friday said that they would soon decide their next course of action against the CAB.

Tripura's ruling BJP's partner, the IPFT will hold a demonstration in Delhi early next month and meet the Prime Minister, Home Minister and other central ministers to press it's demand for a separate state for the tribals.

"To push our separate state demand and express our strong opposition against the CAB, over 500 members and leaders of IPFT would leave here on November 28 to hold a demonstration in Delhi on December 1 or 2," IPFT's General Secretary and party spokesman Mangal Debbarma told IANS.

INPT General Secretary Jagadhish Debbarma said that they would organise a 12-hour long rail and national highway blockade in Tripura on December 5 against the CAB.

"We would sacrifice our life, but we would not allow in any way to execute the proposed amendments of the citizenship act in the northeastern states," Jagadhish Debbarma told IANS.

The AICSF said that the CAB would be used as an instrument to vilify the Chakma community as "foreigners".

"There were 2.2 lakh Chakmas in India as per 2011 census. Out of these 96,972 Chakmas were in Mizoram, 79,813 were in Tripura and 2,032 were in Assam and in all these States, Chakmas are citizens of India," Secretary General of the AICSF Paritosh Chakma, said.

Former militant supremo and leader of the TUIPC Ranjit Debbarma said that the TUIPC is an umbrella body of 48 organisations, and their delegation would soon go to Delhi to meet the Prime Minister and Home Minister to convince them how the proposed CAB would harm the interests of the indigenous people of the northeast.

Union Home Minister Amit Shah last month visited Mizoram and held a meeting with the powerful NGO Coordination Committee (NCC) and discussed the CAB issue. The NCC, led by the influential Young Mizo Association (YMA), had earlier called for a protest against the CAB during Shah's visit.

A day before the Home Minister's visit to Mizoram, however, the NCC withdraw its plan after Shah promised a discussion on the CAB.

"Shah heard us and assured that the re-drafted CAB would be shared with the NCC and other concerned parties. Shah told us he would address our concerns and the ILP would be incorporated in the CAB," a NCC leader said in Aizawl on Friday on condition of anonymity.

The CAB, which is likely to be tabled in the current winter session of parliament, seeks to fast-track Indian citizenship to Hindus, Sikhs, Buddhists, Parsis, Christians and Jains from Bangladesh, Pakistan and Afghanistan who entered India till December 31, 2014.

Under the Citizenship Act, 1955, one of the requirements for citizenship was that the applicant must have resided in India in the last 12 months, as well as for 11 of the previous 14 years.

Now the amendment relaxes the second requirement — from 11 years to six years.

The BJP-led NDA government had introduced the bill in its previous tenure but could not push it through due to vehement protests by opposition parties. The bill had lapsed following the dissolution of the 16th Lok Sabha.

The Bill will have to be passed by both Houses in order to become a law.