Over century-old human skulls and bones recovered in Mizoram 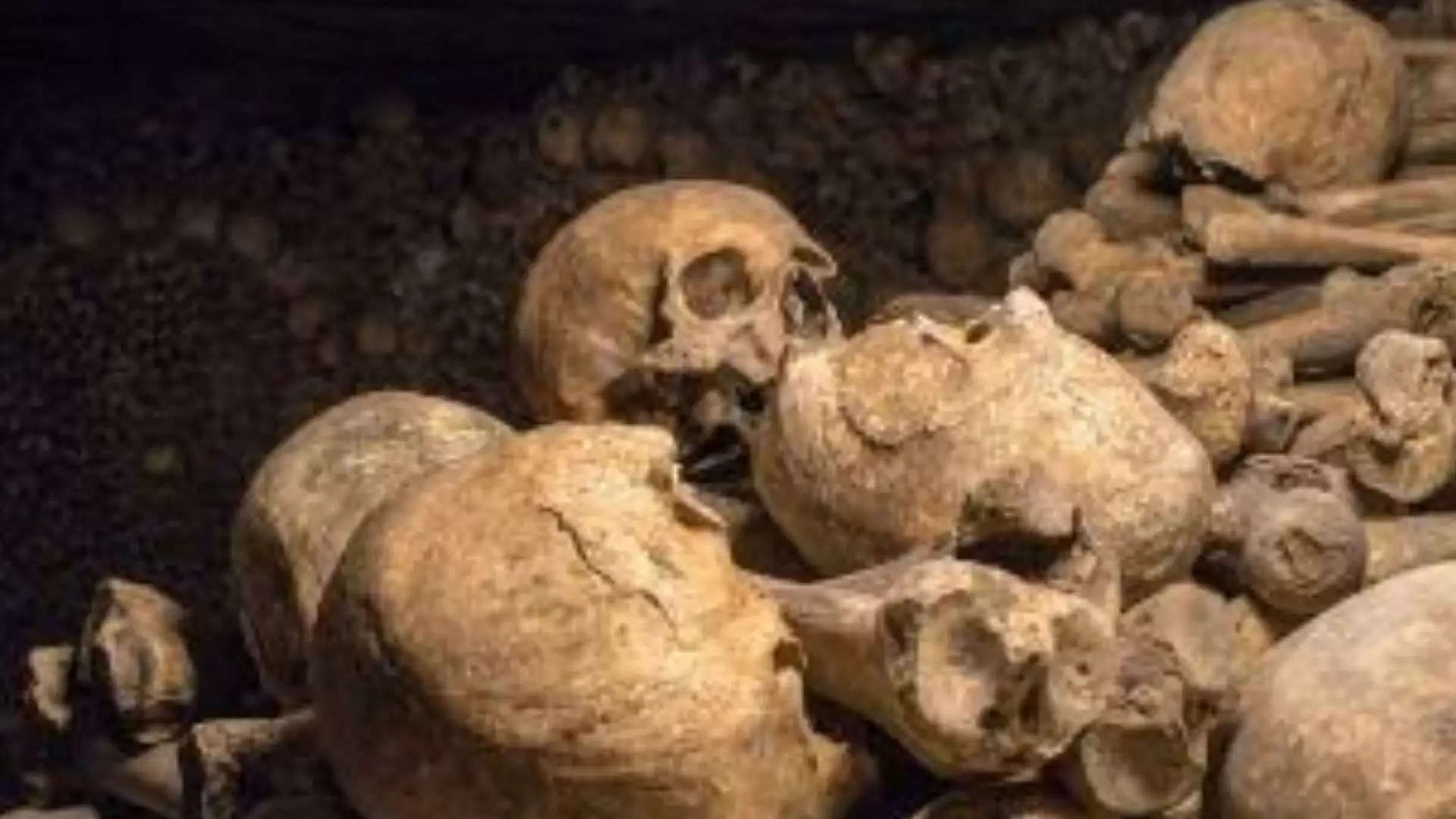 Over century-old human skulls and bones were recovered from Mizoram's Mamit district on Friday while the clearing of the debris, brought down by a recent landslide, was undergoing.

While talking to the reporters, Deputy Inspector General (northern range), Lalbiakthanga Khiangtehe said that the skulls and bones are believed to be more than a century old. These include skulls and bones of 12 adults.

They were carried along with the debris which came down the hill during the landslide that blocked the Tuidam-Kawrte Road near the Tripura border.

He said that the skulls and skeletal remains were found inside earthen pots, and believed to be from the late 1800s.

These are believed to be of Mizo chiefs from that period, during which the practice of burying earthen pots containing skulls and bones after cremation was followed, he added.

Furthermore, he informed that a Sub-Divisional Police Officer (SDPO) from Kawrtha was sent to the spot.

"I have instructed the SDPO to collect the skulls and skeletons and bring them to the Kawrtha police station," he said.

These will be handed over to the Forensic Department for examination, he added.