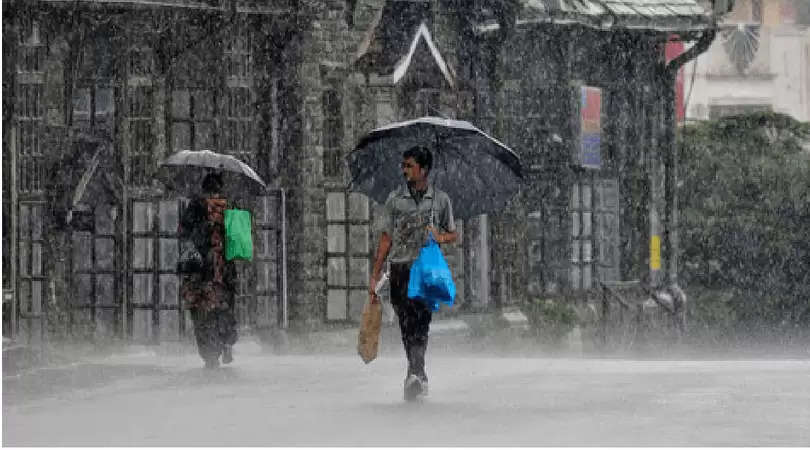 The Northeastern region of India has experience uneven pre-monsoon rains, though 71 per cent excess rainfall has been recorded in Tripura, officials of the India Meteorological Department (IMD) said.

India Meteorological Department (IMD)  said that the seasonal monsoon which is June to September, the rainfall is likely to be 93 per cent of the long period average over Northeast India, including states like Arunachal Pradesh, Assam, Meghalaya, Manipur, Mizoram, Nagaland, Sikkim and Tripura.

As per to report by IMD available with IANS, the pre-monsoon which is March to May, the rainfall was almost normal in Manipur, Mizoram, Nagaland, Sikkim and Tripura, though there was a seven per cent deficit in average rainfall in these meteorologoical sub-divisions.

The eight northeastern states are divided into four meteorological sub-divisions.

According to the IMD report, during the three-month-long pre-monsoon period, Arunachal Pradesh sub-division witnessed the highest deficit of 32 per cent rainfall, recording 507.8 mm rainfall (actual) against the average of 750.4 mm.

With 23 per cent deficit, Assam and Meghalaya sub-division recorded 451.7 mm rainfall (actual) against the average of 590.2 mm.

Meghalaya's Cherrapunjee holds the record of being the second wettest place on earth, even as Mawsynram, also in Meghalaya, now holds the Guinness record for the highest amount of rainfall — 11,873 mm — in a year.

Cherrapunjee still holds the record for the highest amount of rainfall in a calendar month, with 9,300 mm of rain recorded in July 1861.

The IMD report said that the Nagaland, Manipur, Mizoram and Tripura sub-division recorded 461.7 mm (actual) rainfall during the pre-monsoon period against normal average of 494.1 mm.

Though there is a seven per cent deficit in pre-monsoon rainfall, according to the IMD standard this is considered as normal.

Sikkim and adjoining West Bengal form a separate sub-division of IMD and during the pre-monsoon period witnessed 466.8 mm rainfall (actual) against the average of 457.1 mm rainfall, registering a two per cent surplus.
IMD Director Dilip Saha said that during the pre-monsoon period, Tripura witnessed a record 71 per cent excess rainfall. From March 1 to May 31 — over 985 mm against the average of 574.2 mm.

According to officials of the Tripura Agriculture Department, during last month's floods caused by heavy pre-monsoon rainfall, standing crops valued at Rs 3.90 crore have been damaged and around 4,500 farmers were affected by the deluge in West Tripura district alone.

The four-month-long monsoon, however, also caused floods, landslides and erosion in the mountainous northeast India, specially in Assam, Manipur, Meghalaya and Arunachal Pradesh. These states witnessed many deaths last year due to floods and landslides.

According to an official of Assam State Disaster Management Authority, during the pre-monsoon period, unlike previous years, there was no major flood in Assam.
"However, emergency response teams in all the flood-prone districts have been put on alert to tackle possible floods this year. Currently, 14 units of emergency response teams are ready to deploy to assist people during floods," the official told IANS refusing to disclose his identity.
National Disaster Response Force personnel and the army have also started flood-preparedness exercises in different northeastern states.
Featured image: Indian Express