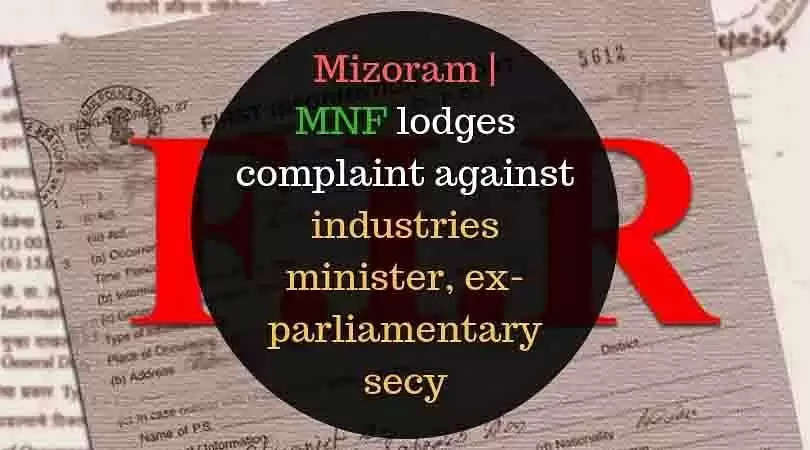 Opposition Mizo National Front (MNF) on Tuesday filed a complaint with the anti-corruption bureau (ACB) against Mizoram Commerce and Industries Minister H Rohluna and a former department parliamentary secretary alleging that they had misappropriated at least 102.69 lakh, party sources said.

The complaint was filed before the November 28 state assembly polls in Mizoram, which is the only Congress ruled state in the north east.

MNF leader of Lunglei district, H Laltanpuia filed the case against Rohluna and former parliamentary secretary in the commerce and industrices department, Joseph Lalhimpuia with the superintendent of police, ACB, they said.

Lalhimpuia is also a Congress MLA.

Laltanpuia alleged that the minister and his former parliamentary secretary had misappropriated at least Rs 102.69 lakh of the funds provided under the National Handloom Development Program (NHDP) and North Eastern Region Textile Promotion Scheme (NERTPS) in 2015-16, the sources said.

The complaint accused the minister and the former parliamentary secretary of swindling money meant for benefiting the weavers, they added.