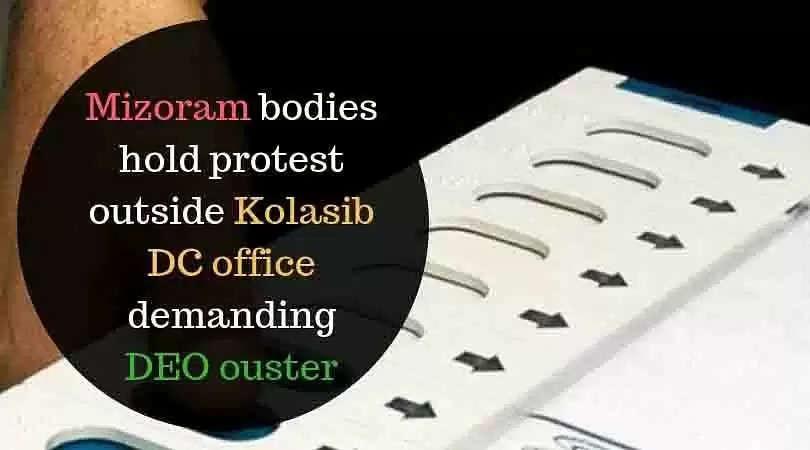 AIZAWL, November 15, 2018: No sooner had the crisis surrounding the chief electoral officer SB Shashank appeared to be over than another controversy came up in pollbound Mizoram. The powerful NGO Coordination Committee, which fought tooth and nail to ensure Shashank's ouster, now wants the deputy commissioner of Kolasib Arun T to step down.

At the centre lies the same issue – Bru voters. The NGO Coordination Committee claims Arun T included the names of 218 Brus from Tripura's refugee camps without ascertaining if they are bona fide residents of Mizoram.

On Monday, the Kolasib unit of the umbrella organization of Mizo groups demanded that the deputy commissioner leave the district by 5pm on Tuesday.

"He is trying to conceal what he did. Because of his action, Brus who may not be Mizoram residents made it to the voter list," a leader of the district unit of the organization said.

In a letter sent to governor Kummanam Rajasekharan, chief secretary Arvind Ray and office of the chief electoral officer, which is vacant as of now, the organization said, "The DC has lied to the people of

Kolasib district and they no longer have confidence in him to supervise the upcoming assembly election."
On Wednesday, protesters in Mizoram-Assam border town Kolasib burnt the effigy Dr Arun T, as the demand for the removal of the officer intensified.

A large number of people under the aegis of NGO Coordination Committee of Kolasib district unit, staged demonstration and picketed in front of the DC office demanding the removal of the officer.

Mizo civil society organizations in Mizoram have been demanding that Brus from the six refugee camps in Tripura be included in the Mizoram voter list only after they return to the state and that they vote in Mizoram and not from their camps. The Brus in Tripura's camps hail from and are registered as voters from three districts in western Mizoram – Kolasib, Mamit and Lunglei.