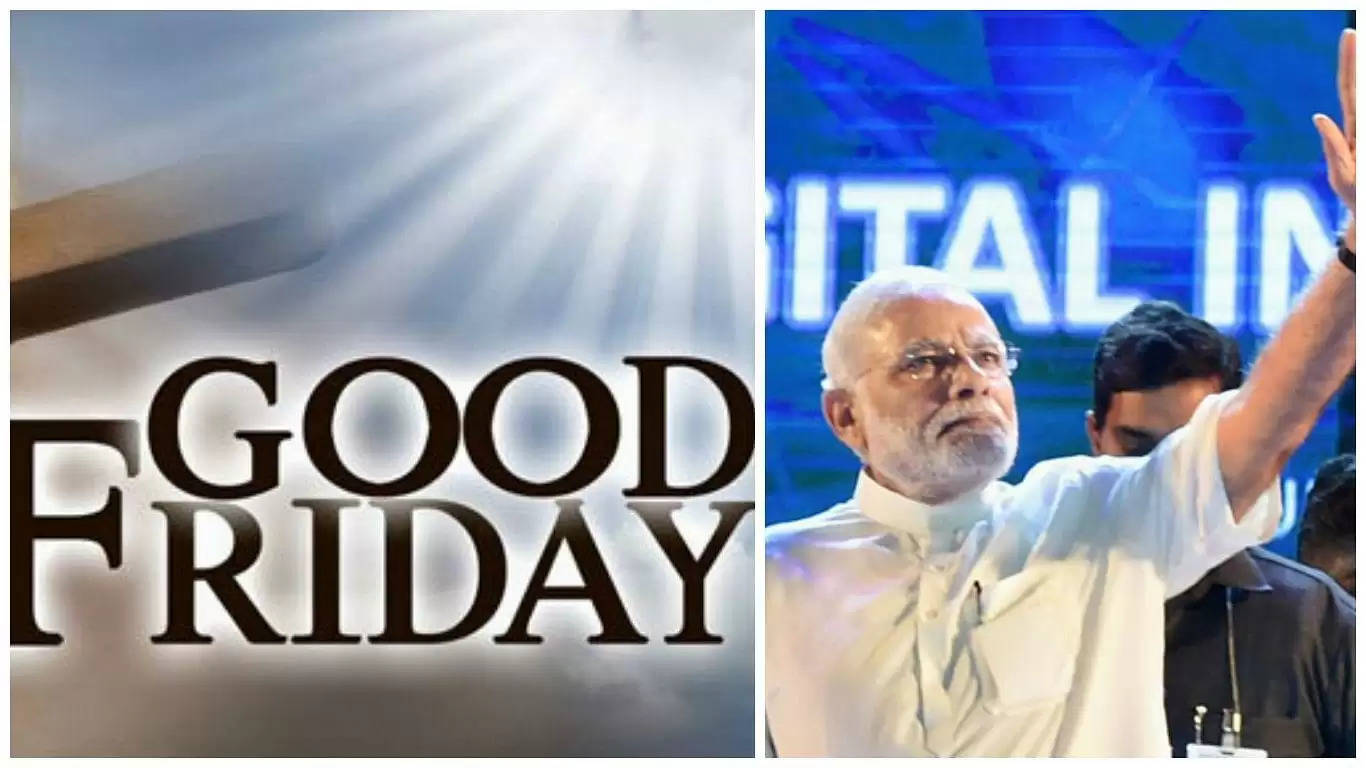 SHILLONG, April 13: Modi government on Thursday exempted the Digital India Day to be held on Friday in the Christian-majority states of Meghalaya, Nagaland and Mizoram on account of Good Friday, an official said.

In a letter to the Chief Secretary of Meghalaya, Nagaland and Mizoram, Niti Aayog Chief Executive Officer Amitabh Kant said on account of Good Friday the state governments were facing an issue about organising Digi Dhan Mela.

"It has been decided that the Digi Dhan Mela may be held on any other date convenient to the governments of Meghalaya, Mizoram and Nagaland," Kant stated in his letter.

The decision came after the Meghalaya and Nagaland governments decided not to observe the Digital India Day in view of Good Friday.

On Wednesday, Lok Sabha member Conrad K. Sangma of the National People's Party wrote to Prime Minister Narendra Modi urging him to defer the Digital India Day so that the secular fabric of India remains honoured both in writing and spirit.

Good Friday is one of the most important days in the Christian calendar. It is observed as a day of prayers, penance and fasting to commemorate the crucifixion of Jesus Christ nearly 2,000 years ago.

"Is it that they selectively identifying these dates to marginalise the minorities with a complete disregard to the constitutional obligation of ensuring personal liberty?" the Congress leader asked.

Nagaland Chief Secretary Pankaj Kumar said the state government will not join any activity relating to promotion of digital payment on Good Friday.

It is a part of a mega draw and 'Digi Dhan' planned for April 14 for the promotion of digital payments in 100 cities across India. The list does not include Nagaland, Kumar said.

Objecting the NDA's government to hold the programme on Good Friday, the powerful Young Mizo Association in Mizoram termed BJP government's decision as a show of disregard to one's religion.

It also appealed the Lal Thanhawla-led Congress government not to organise Digital India Day or any other official function on Good Friday.