From a martial artist to Action Director, the incredible journey of Deepak Das from Northeast India! 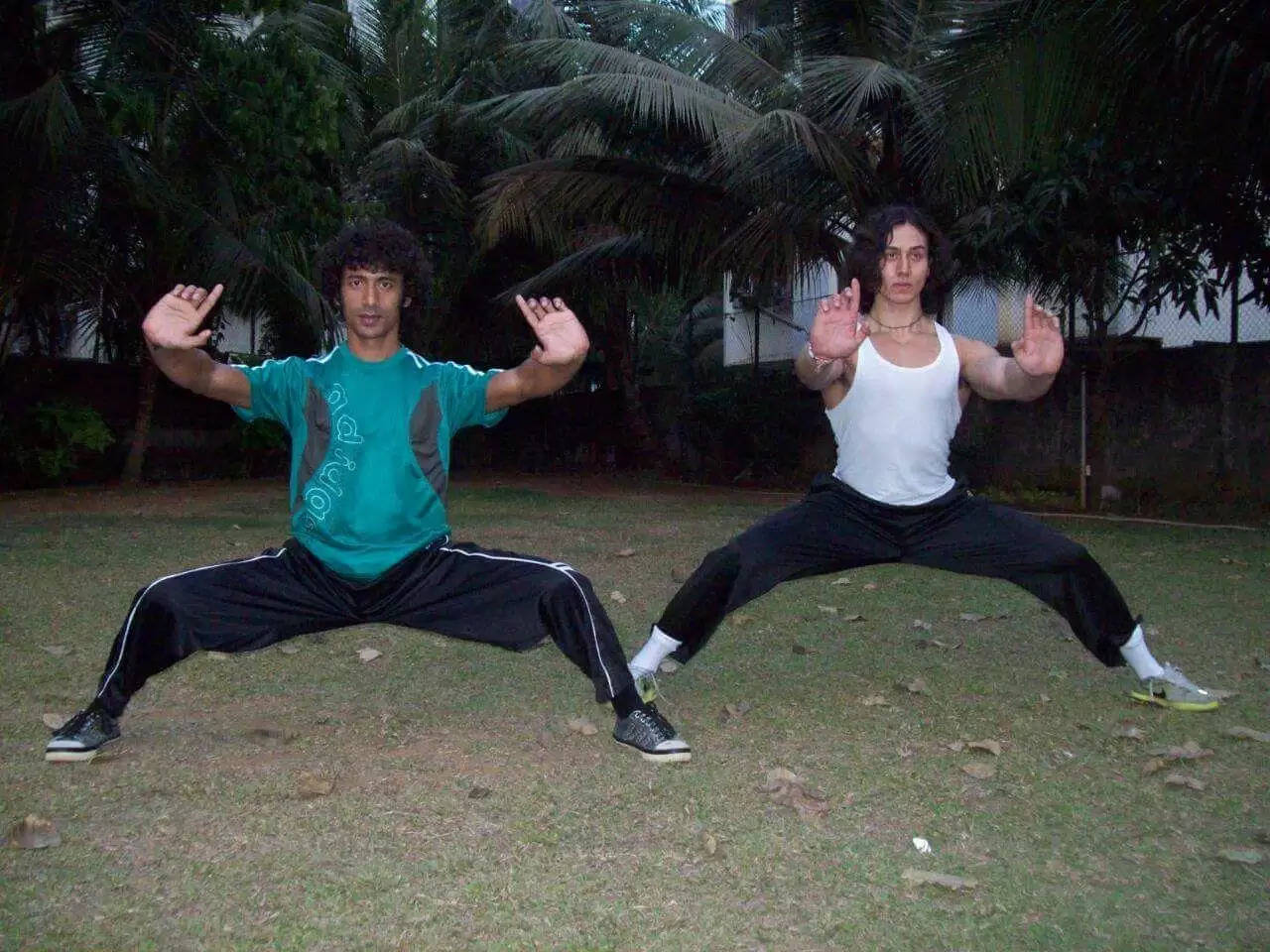 April 23, 2017: Art is a way of life. Ever since humans have incepted to express their creative minds through their physical body, various art forms have evolved in this massive planet. Starting from dance to the various styles of martial arts, art and culture have transformed the world into a better place. Though there are many people who have keen interest in learning different art forms, there are a very few who have succeeded in making it their lifestyle. Such a dynamic and unique personality is Deepak Das, whose unusual journey from being a martial artist expert to becoming an action director and then developing his own art form "Tao Power Yog" will really engage you.

Born and brought up in the magnificent Northeastern homeland, he stepped into the world of martial arts in the year 1988, when he started learning Chinese martial arts. After attaining training for a decade in various forms of martial arts, it became his passion and in order to pursue his dreams, he landed in Mumbai in 1999 with a vision of becoming a fight choreographer. At first, he began teaching Wushu, Tai Chi and Karate to celebrities like Diana Hayden, Kabir Bedi, Pooja Bedi, Kiran Rao, Suman Ranganadhan, Nandita Das and Kelly Dorjie. Eventually, he made his way into directing fight sequences for popular Indian television shows like Prithviraj Chauhan – Star Plus, Arslaan – Sony Entertainment, Dharam Veer – NDTV Imagine, Shakuntala – Star Plus Vijay, Chandragupta Maurya – Imagine TV, Veer Shivaji – Colors TV, Buddha – ZeeTV,  Maharana Pratap for Sony TV and Savitri, Jaan and Mahadev for Life OK.

Being a very passionate and dedicated martial artist, Deepak Das is specialized in 20 forms. He was trained in Tai Chi, Chi Kung, Ba Duan Jin, Ba Ji Quan, Ba Qua Zhang, Fangbian Chan, 5 Organs Chi Kung, Ta Tao and Fu Chen directly under Sifu Yuan Xiu Gang. Surprisingly, he is the only Indian to learn Internal Martial Arts in Wu Dang Mountains, China, the birth place of popular form called Tai Chi. During his internal martial arts training in China (2009), he realized that no single form was giving him internal, external and mental fitness. Since yoga can provide internal fitness to the body, he combined yoga, martial arts and meditation to develop a totally new form of art known as the "Tao Power Yog (TPY)". TPY seems very tough when someone is doing it but by the time it gets over, one is filled with energy and freshness. He received positive response from people about TPY, so he started advancing it further. He has a desire to take TPY to the common people.

His ultimate turning point was when he got the opportunity to train his Tao Power Yog to the Rajasthan Royals IPL team in 2012. He was very fortunate to train world class players like Rahul Dravid, Shane Warne, Jacob Oram, Shaun Tait and many others. Later on, he got to train Celebrity Cricket League (2013) Ritesh Deshmukh's team Veer Maratha and Manoj Tiwari's Bhojpuri Dabangg team. The most intriguing fact about Deepak Das is that he is the man behind new generation action star Tiger Shroff's mind-blowing action skills. He had personally trained Tiger for many years. Recently, he has trained Kriti Sanon for her upcoming flick "Raabta" and the cast of present running serial Maharaja Ranjit Singh which is being aired on Life OK.

Having an experience for almost 30 years, he is also specialized in various other styles like Wushu, Karate Budokan International, Commando Combat, Kickboxing, Muay Thai, MMA and Chinese secret martial arts technique trained by renowned Master Chuba Walling, a 5th dan black belt holder from Malaysia. He is expertise in using weapons like sword (single and double), sticks, spears, horse whisk, monk spade and Ta Tao. Moreover, he has an outstanding understanding of yoga and meditation. He was trained by spiritual Guru "Maha Yogi Pilot Baba" in Haridwar  and Uttar Kashi, in Northern India. He has attained proficiency in deep breathing techniques, Aum meditation, Tantra meditation, Zen meditation, de-stress and revitalization, dynamic sleep and Chakra meditation by training with renowned Master Swami Aksharaji. He also trained under yoga Guru Swami Rameshwarji to gain excellency about the special yoga therapy on how to treat and cure diseases with asanas, pranayam and naturopathy.

Presently, he is in Guwahati for the last one month working on an impending flick which will be written and directed by him only. Although he doesn't want to disclose its title, he says that the movie will undeniably reflect the vital and sensitive issues of the Northeastern people. Being a Northeastern, he wants to work in favour of our majestic homeland and highlight the challenges faced by our native folks outside. He strongly feels that people of India should know about the cultures and traditions of the Northeastern states. We all know that Northeastern people are good at martial arts and combat games but still it is not being well projected outdoors. So, he has a dream to take forward the subject of martial arts in his ongoing project.

Looking at the edifying story of Deepak Das, one can definitely say that Northeast people have the caliber and potential to compete with the rest of the world. All that is required is that zeal and determination to strive forward and follow your dreams. Let's hope that the illustrious works of Deepak Das gets recognized and may he shed some new light to the land of Northeast India with his upcoming film in the near future.

The writer can be contacted at anuragtkd5@gmail.com