Connecting North East: A Psychological disconnect rather than temporal 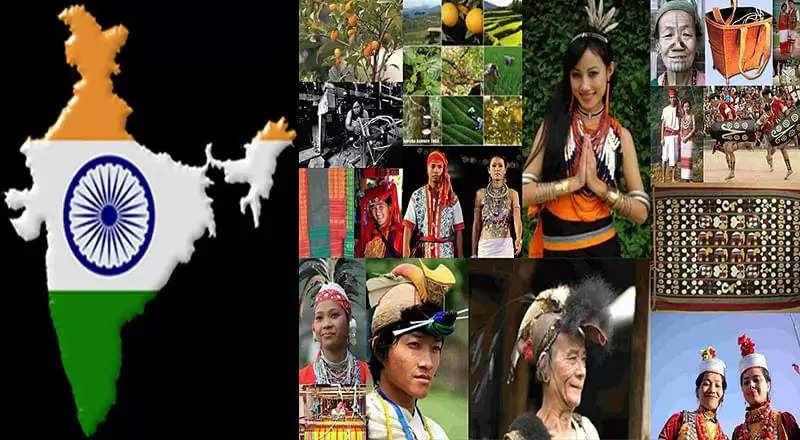 Where knowledge is free

Where the world has not been broken up into fragments

It is true that the human mind is the repository of knowledge and the agent for change. Verily, Swami Vivekananda, an Indian Hindu monk refers to the mind in the following words:

"We are what our thoughts have made us; so take care about what you think. Words are secondary. Thoughts live; they travel far"

It is idea and mind-set that has brought light, enlightenment and reformation. On the contrary, it is retardation of thoughts that hinder progress, innovation, growth and human development.

The people/inhabitants of North East India are said to have been disconnected from the rest of the mainland for many decades. This is apparently evinced by the geographical connection of the region with the rest of India through the 'Chicken Neck Corridor'. The whole of North East is more a neighbour to East Asian countries or Bangladesh for that matter than the mainland. The thought process of the original inhabitants are indeed 'indigenous'. They hardly move out of the comfort of kin and kinship or close support and camaraderie of tribal life. Having said this, there are quite a number of tribals from Manipur, Nagaland, Meghalaya and other states from the region doing menial jobs in hotels, restaurants, tea stalls or other service sectors in different parts of the country.

Talking of disconnect, it is no hidden secret that the remote areas of North-East are badly connected. The states of Mizoram, Manipur and Nagaland share an extensive border with Myanmar. In fact, there has been a culture of cross movement, neighbourhood environment and feeling of oneness running up to several kilometres deep across the border. No wonder, the Naga insurgent groups and other militants of North East are taking shelter and instituting 'safe haven' in Myanmar.  The state of Meghalaya which shares border with Bangladesh is no exception. Except for a fraction that enjoys the comfort the state capital has to provide the rest are slogging in their remote abode governed by the 'indigenous' mind-set. For those villages scattering along the Indo-Bangladesh border (Balat, Ranikor, Ringku, Dawki etc) they are more comfortable doing trade, business and contacts with Bangladesh which is heavily restricted due to border fencing. It is amazing that people here are using Bangladesh network viz. Bangla link. Except for two or three border haats opened by the government the trade/business is allegedly going underground. These villages are connected by village road speckled with yellow or red muddy pot holes. It is for such dilapidation that travelling 30 Km to these areas from state highway takes the same time as travelling to Dispur, the state capital of Assam.

In this essay, I will try rather to look at disconnect at the core of human progress, the barrier/wall created by traditional or indigenous mind-set 'the psychological disconnect'   as I have mentioned in the beginning. The different forms of disconnect may be widely varied and contended. I am going to dwell on few such aberrations or mentality hindrances.

Firstly, it is common among the tribes of North-East to feel lowbrow. They have the pre-conception or subliminal consciousness of being 'inferior'. The 'inferiority complex' bogs them down. Mental subordination shadows their striving for growth or competition. The failure that may follow due to various reasons or for various circumstances would only reinforce this inferior attitude. Many surrender even before the battle has started. A perfect instance is the low takers for various national open competitive examinations from North East India. A kind of racism where the perpetrator is not external but is created by and in the mind of the victim. The psyche of 'subservient' is deep rooted. They feel that they can never be at par with the rest from the mainland.

Secondly, there is a presumption and assumption coupled with genetic stereotyping. It is hearsay that negative attitudes like lack of commitment, inconsistency, indolent and easy living is part of tribal blood. It is genetically inherited from forefathers and immune to change. This mind-set comforts and endures failure. Statistics show that majority of tribals of North-East are Christians. A famous proverb of the Bible says " Seest thou a man diligent in his business? He shall stand before kings". This is the protestant ethic which Karl Marx believed to have spurred capitalism. However such consciousness is lacking among the tribals. They seem to sift only what suits them best or in concord with their lifestyles.

Thirdly, it is the ubiquitous mind-set of suspicion. There is fear of insubordination if there is too much interaction or mixing with those from the mainland. Despite the vibrant traditions of cultural, social, and trade relationship of tribals living along the border, the fear is further complicated by the modern living characterized by globalization and IT revolution. The historical colonial mind-set of subordination where the British came as traders and businessmen has taken different avatar or neo-colonialism in the ideological formation of tribals. It must be of relevance to note that in the hills of erstwhile Assam, (Khasi Hills), the British approached the Syiem of Nongkhlaw, King of a small kingship of pre-independence India which is now in the state of Meghalaya as traders and of providing road connectivity and friendship. This later turned out to be a ploy for control and subordination of the hills by 1833. This fear and suspicion can be seen in the recent protest against the construction of railway line in the state of Meghalaya. The Tetelia –Byrnihat railway project which is supposed to be opened by March 2018 was dropped. The reason is well captured in the words of Rajen Gohain, Minister of State (Independent Charge) Railway –'The State Government has to first tackle the local problem'. Similarly, in other states of North East, the working of Inner Line Permit (ILP) sprung out of the fear of influx and the suspicion of subordination. This mind-set has on the losing side, deprived tribals from the knowledge, exposure, technical knowhow, business techniques that is gained from cultural and social interaction and commingling. On the flip side, it is ironic that individuals or associations claiming to be the 'protector of motherland' fail to see influx taking place through migration across the border. This is fuelled by demand for cheap labourers, marriage and 'green grass' on the other side.

Finally, there is the mental imprint of traditional and cultural fallacy. This fallacy can be seen in the recent movement in Nagaland. The Naga Hoho, a cultural keeper was protesting against the 33% reservation of seats for women in local and municipal bodies. This draws sustenance from the traditional mind-set that women can't participate in political affairs.  Another common fallacy is that tribals prefer themselves to be together rather than venturing outside their homes despite the opportunity and prospects of growth and development. It is evidence for states like Manipur and Nagaland which were for the last three or four decades hit by violence and insurgency, the inhabitants moved to nearby areas which are more peaceful like Assam and Meghalaya rather than outside North East with the exception of national capital, New Delhi. In Meghalaya sending girls outside for higher studies is still a disdain. There is still a general concurrence that girls are keeper of the family and serve at home state.

Having discussed the psychological disconnect, we cannot deny that development gap is a reinforcing factor perpetuating the cycle of disconnect. Despite encouraging statistic which shows positive growth in GDP or literacy rate, the growth in terms of volume is meagre. For example, in the year 2013-14, Meghalaya recorded a growth rate of 9.7% which is comparable to Bihar. It is of interest to note that the expressway which was opened for the first time way back in 2004, the Ahmedabad – Vadodara Expressway with two lanes on each side came to Meghalaya after 12 years and the construction process is still going on. There are innumerable cases to illustrate the lack of development in North East but it is suffice to contend that the physical and economic development is further complicated by what I called the 'psychological disconnect'.

In addressing this disconnect, the Central and State government should frame policies and programmes taking into consideration the psychological temperament and mind-set of the inhabitants not just the well framed quantified objective goals of development. Of course, many practices and behaviour which are indigenous and worth adopting must not be side-lined. Some of these practices prove to me more resilient and sustainable in today's world of climate change and global warming.

The Psychological disconnect pointed out could be due to stereotypes ascribed to the peoples of the region, their isolation from the mainstreams, the different racial identities, physical features, religion, sharing common borders with countries with which they have had age old relationships, political will leading to separatism and extremism.

However even as the mainstreaming continues the disconnect remains. Once the government imaginatively begins stepping up both road and rail connectivity coupled with the technological up gradation, the disconnect may gradually alleviate.

The fractured mind sets may be restored to a sense of belonging, to a pan Indian culture. But it cannot happen through any imposition of language or say religion. The borders with neighbouring countries of this region are both in real and imaginative tracks. Trade entry up to certain points should allow preventing dismantling of history. Again restoration of history should not be political but continuation of life flow.

The writer can be contacted at isagahahlawrniang@gmail.com

Disclaimer: The views and opinions expressed in the article is that of the writer and not that of TNT-The Northeast Today