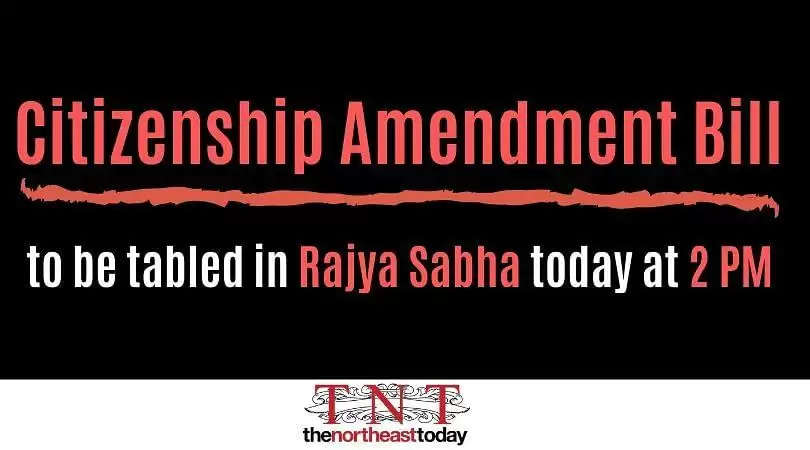 Getting Rajya Sabha's approval for the Citizenship Amendment Bill (CAB) isn't likely to be a major issue for the government as it appears to have the numbers in the House. CAB will be tabled in Rajya Sabha on Wednesday afternoon, two days after the legislation was passed by the Lok Sabha.

The Citizenship Amendment Bill, which has sharply divided discourse in the country, will be tabled in the Rajya Sabha at around 2pm. This is expected to be followed by a debate in the Upper House, which, considering Monday's Lok Sabha discussion, could be fiery and heated.

ALSO READ: CAB to be tabled in Rajya Sabha on Dec 11, "Wait and Watch", says BJP

While the Bharatiya Janata Party is confident of getting the Bill passed in Rajya Sabha as well, the numbers game could prove to be tough. During the last Parliament session, which took place before the Lok Sabha elections, the government ended up not bringing the Bill in the Upper House even though it had been passed by the Lok Sabha.

The chief opposition to the Citizenship (Amendment) Bill is that it discriminates on the basis of religion by identifying only non-Muslims refugees as those who would be eligible for Indian citizenship.

The government has rejected the charge, arguing that the original provisions of the Citizenship Act, allowing any foreigner to apply for citizenship, remain unchanged and that the amendment is expressly aimed at six minority religions from three countries (Pakistan, Afghanistan and Bangladesh).