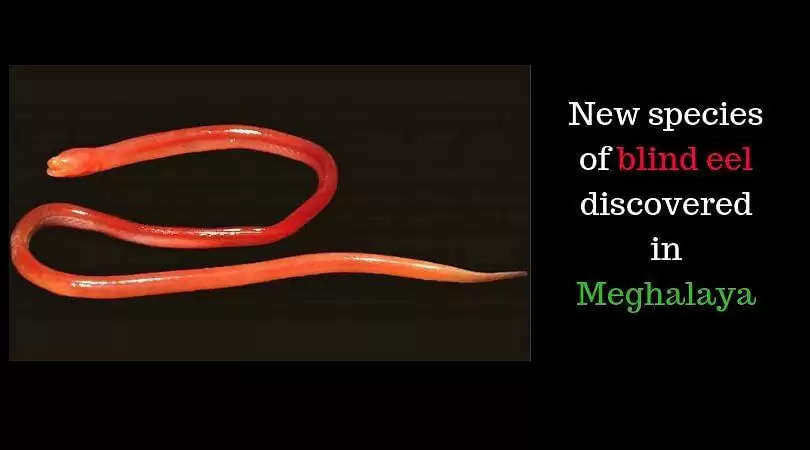 In yet another discovery, scientists from London's Natural History Museum recently discovered a new species of hypogean swamp eel in Khasi Hills of Meghalaya — Monopterus rongsaw, a blind swamp eel.

According to a paper published in the journal of Ichthyological Exploration of Freshwaters, the biologists found only a single specimen living in mud near a rainforest stream.

It was discovered while digging rock-strewn and moist soil close to a small stream during attempts to find caecilians.

Like other swamp eels, Monopterus rongsaw lives terrestrially, is blind, and has sharp teeth. There are some 25 species are known to science worldwide.

The new species differs from other synbranchids by the combination of absence of skin pigmentation, the eyes being tiny and covered by skin, and a count of 92 precaudal and 69 caudal vertebrae.