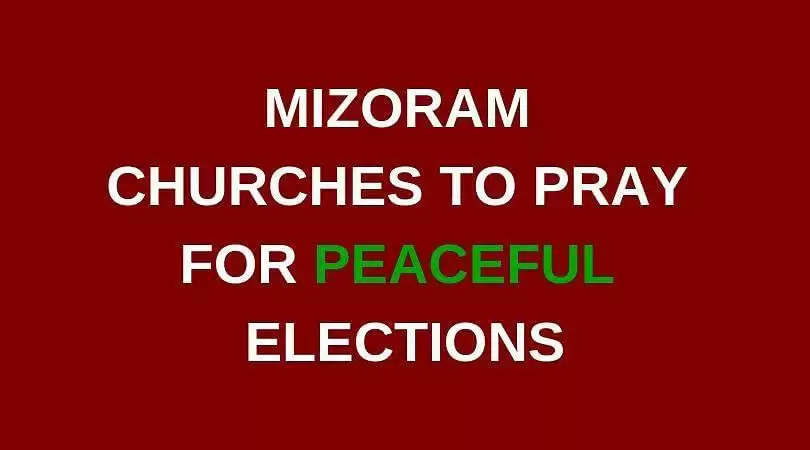 Aizawl, March 25 (IANS) The apex body of churches in Mizoram has urged churches across the state to hold mass on April 5 or 6 for the peaceful conduct of the April 11 Lok Sabha vote, a church leader said, here on Monday.

The Mizoram Kohhran Hruaitute Committee (MKHC) is the apex body of 16 churches in the state. Of the Mizoram's 1.1 million population (as per the census 2011), 87 per cent are Christians, belonging to various denominations, mostly Presbyterian in North and Baptists in South.

MKHC Chairman Rev. Lalhmingthanga said it has appealed all members to pray for peaceful conduct of polls and to vote a candidate who would give priority to safety of Mizoram, its people and their religion.