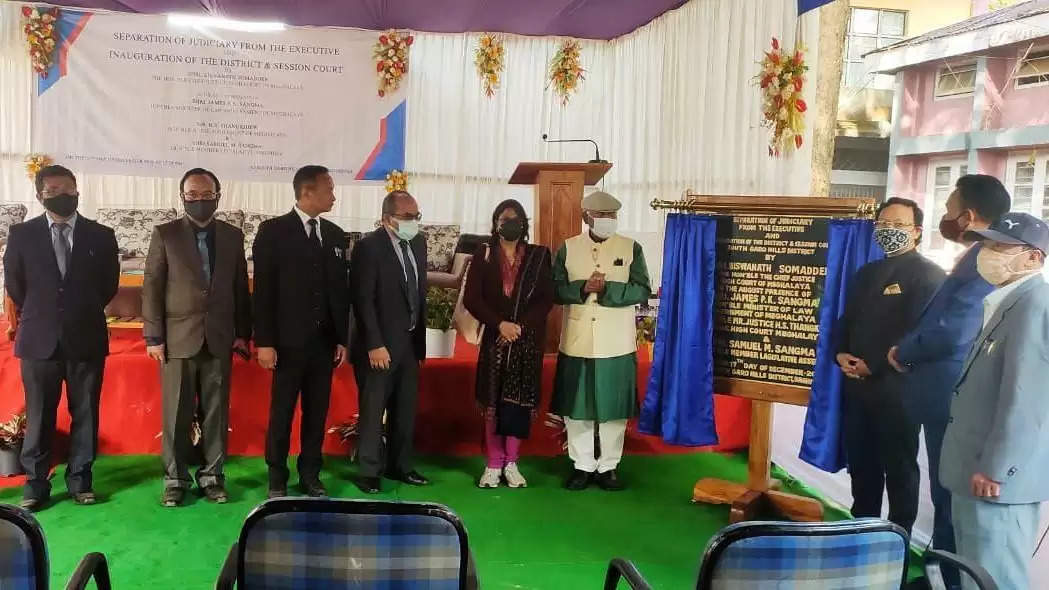 The court was inaugurated in the presence of Law Minister James PK Sangma, Siju-Rongara MLA Rakkam A Sangma, Judge of Meghalaya HC Justice HS Thangkiew and other dignitaries.

Speaking on the occasion, Justice Somadder said that it was on this day that the separation of judiciary from the executive in the district was completed and lauded the efforts of all concerned to see the functioning of the constitution in the district.

It was the culmination of the executive from exercising the judicial powers, the pillars of democracy, he said.

Furthermore, the CJ informed the people of the region that with the inauguration of the court, there will be easier access to the judicial process and sought the cooperation of all the stakeholders.

Meghalaya Law Minister James PK Sangma informed that South Garo Hills is the last district in the state to see the separation of judiciary from the executive.

"With the inauguration of the court, the tenets of good governance is expected in the district," he said.

On the day, the Commissioner and Secretary in-charge of Law Department, Wilfred Khyllep read out the notification relating to separation of judiciary from the executive in South Garo Hills.