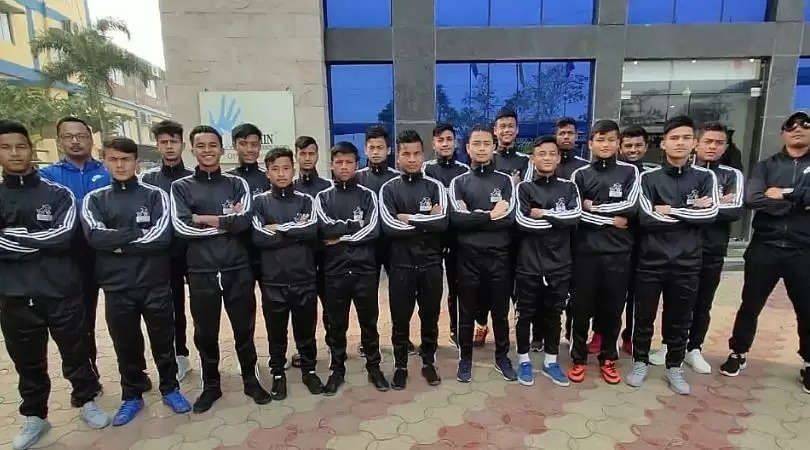 Meghalaya's Football team secured their place in the semi-finals of the Sub-Junior National Football Championship after the team hammered Punjab with six clean goals in Kalyani, West Bengal on Tuesday. Adding to the win, the State's team now has an upper-hand in the tournament with three clean games.

The game against Punjab kept the audience on the edge with each goal from Meghalaya. The opening goal at just the 11th minute by Jony Bakordor Nongkhlaw was secured from a corner kicked off by Samchaphrang Lato.

It was not long when Daminot Wahlang scored the second goal after a Punjab defender headed a free-kick straight to the Meghalaya No. 19.

Meghalaya's Samlang Rympei then converted his teammate Colinsalmon Lyngdoh's foul into another goal. The team's efforts continued in the game when Baniatyllilang Mawkhiew scored a clean fourth goal for the team. The fourth goal sealed the first half of the game with a 4 – 0 lead over Punjab. By this time, Meghalaya already knew their strength over the opposing team. With this, the second half saw two more goals in the 56th minute by Lato and in the 60th minute by Wanboklang Wahlang.

Meghalaya now has to maintain its consistency for its upcoming game against Odisha on Thursday.