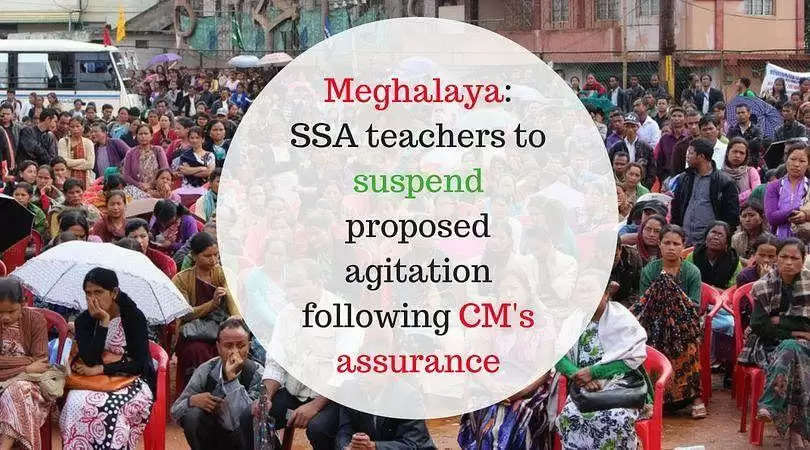 The All Meghalaya SSA School Teachers Association (AMSSASTA) central body has decided to suspend the proposed sit-in-demonstration scheduled to be held on August 21.

The association had met Chief Minister Conrad K Sangma on August 16 to raise the issue of non-release of the teacher's salaries from April to July.

During the meeting, the Chief Minister had urged the teachers to give the State Government till the end of this month for releasing the four months pending salaries.

ALSO READ | Meghalaya | We don't expect to be penalized for choice of profession: aggrieved SSA teachers

"We have decided to suspend our agitation scheduled on August 21 in view of the request on the part of the Chief Minister,," AMSSASTA president, Lasforious Marngar told reporters here today.

Marngar said that they had earlier held a general executive committee meeting to discuss on the silence of the state government over the non-release of their salaries for the month of April till July adding that they had set an ultimatum to the government to release the salary before August 20.

In this connection, the association had also submitted a memorandum to the Meghalaya Chief Minister Conrad Sangma on the grievances encountered by the teachers due to the non-payment of salary for the past four months on August 13.

"However if the government fails to deliver on their promise we will have to take other courses of action to pressure them in delivering our demands," he said.