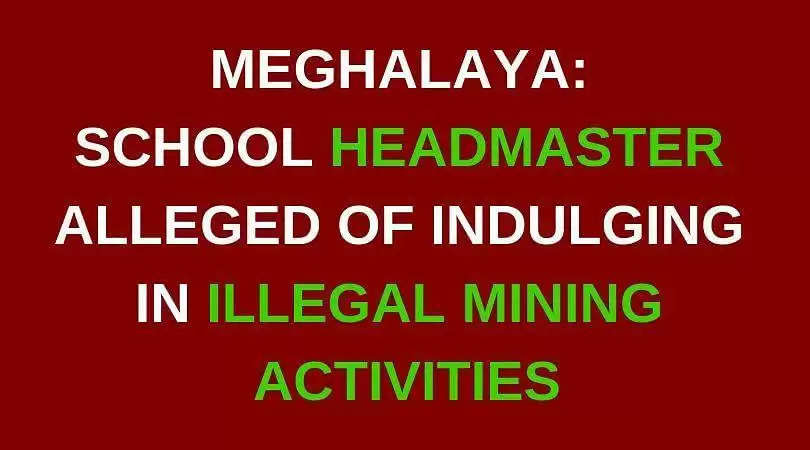 A headmaster of a school in South West Khasi Hills has been alleged of violating the Meghalaya Service Conduct Rules, 1990 by indulging himself in 'illegal' mining activities and trade in Lum Pyndengru, SWKH.

The matter came to light after it was reported to the Director of School Education and Literacy, East Khasi Hills on March 4 by the Chamegong Riangshiang clan.

It was alleged that the headmaster identified as Tiperson Momin is illegal carrying out coal mining and stone quarrying from Bagli situated at Lum Pyndengru.