Meghalaya Residents Act will be as effective as ILP: Conrad 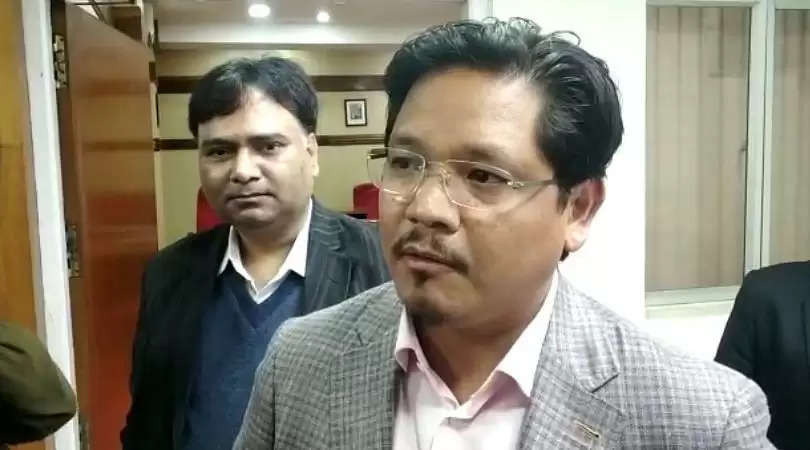 Meghalaya Chief Minister, Conrad K Sangma said that the ordinance of Meghalaya Resident Safety and Security Act, 2019 will be effective as much as the Inner Line Permit (ILP) once it is implemented.

"The various provisions incorporated in the residency act is made by the State Government. This is something which is within our control.  During the deliberation with the various organisations, it was decided that if the residency act comes in, it will be a mechanism which will serve the same purpose as ILP. Therefore, it is for this reason that the Government is pushing for the ordinance of the MRSSA. It is for this reason we have come to meet the Governor.  We are waiting and hopeful that the Governor will take a positive decision by giving assent to the ordinance," Sangma said while speaking to reporters after meeting Governor, Tathagata Roy at Raj Bhavan here today.

To a question on the stand of the Government to the implementation of ILP, he said that the Government is working on the MRSSA. "This is something that has been widely discussed with different stakeholders. Everyone have come on board for this. We are working very hard to get this moving. I think if these provisions are put into place then this will have the same impact as the ILP. Therefore, it is for this reason, we are pushing forward and we are hopeful that the Governor will give his assent," he said.

To a question that the ordinance has been sent to the Governor for almost a month, he said that they have managed to clarify on many of the queries with regards to the ordinance.

Replying to a question on the clarification sought by the Governor, Meghalaya Chief Minister said that the Governor raised issues regarding the manner in which entries take place, who are the people who come under the ambit of these rules, will relatives coming to meet people also come under the purview of this Act and whether they will have to register. "We told him that all those areas will have to be defined in the rules," Sangma said.

He further said that the Governor also sought clarification whether the national and central rules will be overuled by the ordinance. "We have clarified that those Acts will remain and this is only an addition. He was convinced on the points mentiones by us," Meghalaya Chief Minister said.

On the present stand of the NPP on the CAB, he said that the major concern with the CAB was that people coming from Bangladesh will continuously pouring in the State. "This particular issue has been addressed to a very large extend by ensuring that there is a cut-off date. As of now, according to the information available with me, there is only one person in the whole of Meghalaya who had applied for citizenship under this particular Act. There is no question of any person applying anymore," he said.

According to him, the issue of putting a cut-off date has ensured that the big concern of a lot of people about the Bangladeshi Hindus continuing to pour into our State. "But we may still need special provision that Meghalaya State will be exempted totally. We would want that the whole Meghalaya may be exempted. This is what we are demanding," he said.

Meanwhile, Meghalaya Chief Minister informed that he would be leading a delegation of his cabinet colleagues to meet Union Home Minister, Amit Shah and Government of India tomorrow evening.

"We will continue to raise on the issue of exempting Meghalaya from the provision of CAB. This is the kind of work that is happening. We will continue to demand from the Centre to keep strengthening the various provisions of the Act so that protection can be given to the people of the State," Sangma said.

He also told that the NPP MP, Agatha Sangma raised the issue of exempting the whole of Meghalaya from the purview of CAB during her meeting with Amit Shah today "He (Union Home Minister) gave a positive response that he will look into this matter that the whole Meghalaya should be exempted. We are hoping that we will get a positive response," Sangma said.

Meanwhile, Governor informed that he had threadbare discussion on the MRSSA ordinance and the political situation KHADC with the Chief Minister and his cabinet colleagues.

According to him, these are not petty matters and are important matters which require great deliberation. "The Chief Minister made a plea that time is of the essence. I will have due regards to his words and I will do it as early as possible," he said.

When asked about the concerns he raised during the discussion, he said that he is very concerned about these two issues.

When asked about the growing demand for implementation of ILP in the State, he said that it is for the Government to answer this question. "ILP is a matter to be decided by the Central Government. Like CAB, it is the Government of India who will take a call on the ILP," Roy said.