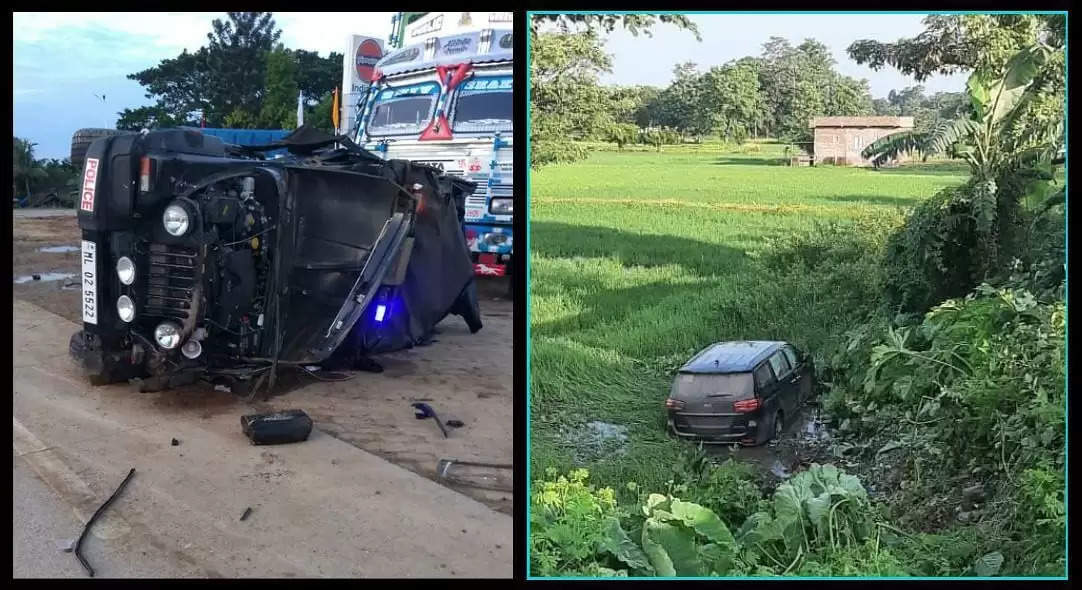 Meghalaya power minister James K Sangma met with an accident, while on the way to Shillong from Manipur, at Nagaon in Assam on Sunday around 3 am.

Two vehicles — the minister's car and the escort vehicle, were involved in the accident. All the occupants of the two vehicles escaped with minor injuries, sources said.

"His convoy had gone to the Assam-Nagaland border to pick him up. While they were returning, the main car, with James inside, hit the convoy from the back accidentally leading to it toppling over," a source said adding that after hitting the escort vehicle, James' car went off the road and into a ditch.

"The injuries were not serious; all the injured persons including James have reached Shillong," the source added.

According to the Assistant Inspector General of Police, Meghalaya, GK Iangrai, on receiving information about the incident, a police team was sent to the place of occurrence and on reaching the spot it was observed that the pilot vehicle had capsized and the vehicle of the minister was also damaged.

"Four police officials were immediately sent to Civil Hospital, Nagaon for medical assistance whereas the minister has been escorted to his official residence in Shillong," Iangrai said.

The damaged vehicles have been taken to Nonoi outpost for observation of legal procedures and police officials of the state are coordinating with their counterparts of Assam for further necessary action.

It may be mentioned that Sangma was in Manipur along with his brother, Meghalaya Chief Minister Conrad K Sangma to inaugurate the new NPP party office in Imphal.

The Meghalaya power minister had on Saturday tested positive for COVID-19 on the Rapid Antigen Test in Manipur. Sources informed that he will be undergoing RT-PCR test in Shillong.