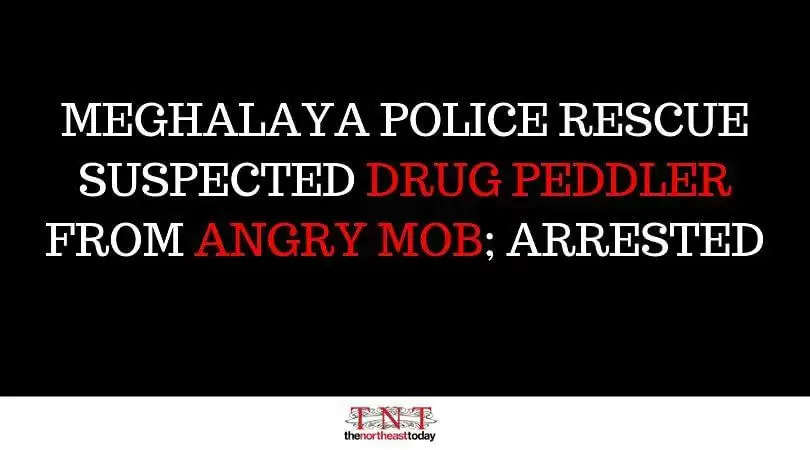 The West Garo Hills Police on June 9 rescued a suspected drug peddler hailing from Assam after he was gheraod by an angry mob, who found him with psychotropic drugs near Rajpur village under Phulbari PS.

The suspect, Nur Alom of Fattarpara, in Sukchar under South Salmara in Assam was later arrested under the NDPS Act. Police recovered a total of 2076 suspected YABA tablets from the suspect.

According to the FIR registered by SDPO Dadenggre, Ialamlad Kharkongor, police received a call from one Akram Zaman (VDP secretary of Rajpur). Zaman informed that one unidentified person was kept in his custody as his life was under threat from an unruly mob. The call was made at about 8 pm on June 9.

On receiving the information, police rushed to the spot of the incident where they found close to 150-200 men surrounding Alom (the suspect). The policemen were obstructed from their duty as the crowd bayed for blood.

"Following this policemen resorted to lathi charge, dispersed the crowd and took the suspect under custody after rescuing him. Three vehicles were also seized during the event, one motor cycle and a Wagon – R car," said superintendent of police, West Garo Hills, Dr MGR Kumar.

Sources said that the villagers became suspicious of the 3 vehicles as they were moving in a suspicious manner, leading them to chase the vehicles. In the melee the vehicles went off the road and the occupants fled the scene. Nur Alom was then apprehended by the villagers who attempted to assault him before he was first saved by the VDP secretary and then the police.

Inspection of the vehicle led to the police recovering a bag from which the seized drugs were found.

"The others could be involved in the case as well and we are investigating the matter," said Dr Kumar.