Meghalaya: One dead, another critically injured as bike rams into Bolero at Mawlai 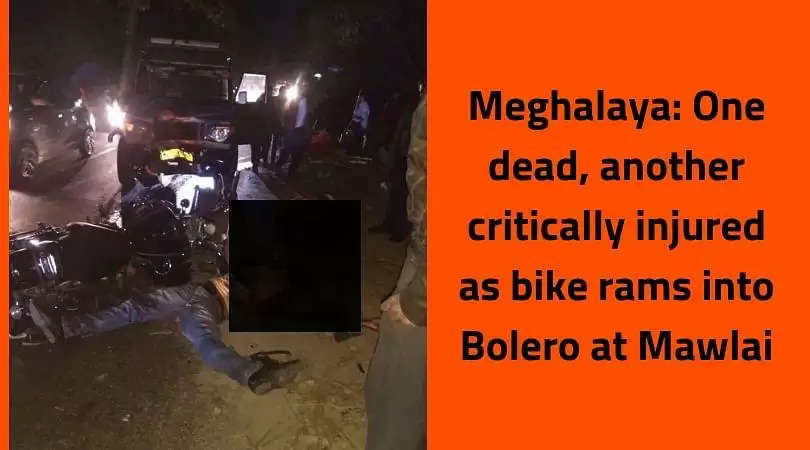 In a fatal accident, a head on collision between a bike and a Bolero has caused the death of one while another is critically injured.

The accident took place on December 16 at around 4.50 pm at Mawlai near Central Diary between two vehicles between a Tourist Bolero B/R No ML-05-K-1258 driven by Upendra Pundit (39 yrs) and a bike B/R No. ML 05 S 3071 ridden by Jogesh Sahani (29 yrs). The speeding bike reportedly led to the dashing of the bike with the 4 wheeler.

Both the vehicles suffered damages. The bike rider as well as the pillion rider suffered grievous injuries. However when they were shifted by 108 to Civil Hospital, the rider was declared brought dead by the doctor.

The post mortem of the body will be conducted tomorrow.