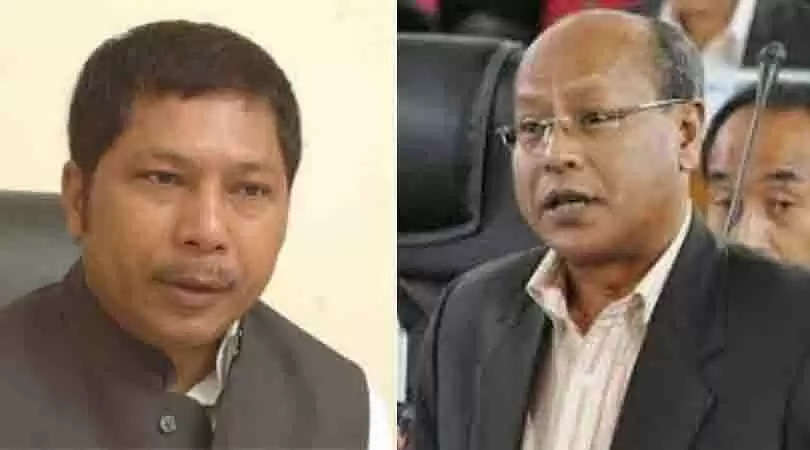 Attacks and counter attacks between the ruling and opposition over the surrender of the general secretary of the Hynniewtrep National Liberation Council (HNLC), Chesterfield Thangkhiew is far from over.

A day after the Deputy Chief Minister, Prestone Tynsong hit out at the Opposition leader, Dr Mukul Sangma over the Congress's demand for probe into the surrender of the former militant, Sangma has yet again trained his guns at the government over the same issue.

"We have asked the Government to be clear on their stand and Chief Minister admitted that he is yet to be briefed and such statements indicate complete disconnection between Chief Minister and other members of the Cabinet," Sangma told media persons here on Tuesday.

Referring to the "mistakes" of the previous government in dealing with the ANVC, Dr Sangma said the suspension of Operation with ANVC way back in 2004 was not done correctly; As a fallout result, peace eluded Meghalaya and many outfits came up in Garo Hills.

Stating that the previous MUA Government invited all the members of the militant outfit to come on board and join the mainsteam, the Leader of Opposition questioned as to whether the Government of the day have a standard Operating Procedure for facilitating the entry of the senior member of the banned outfit who came out of the organization without any arms and ammunition.

"It should have been the political department which should have taken a call on how to move forward on the matter," Sangma said while adding that the statement of the Chief Minister and the Government on the floor of the house about its stand on the militant groups is "contradictory".

"We are there to ensure support to the Government for restoring peace but  it must be done in a transparent manner," the former Chief Minister said while adding that the Opposition wants to ensure there is no politico-militant nexus.

Furthermore, he added that the Government must lay parameters while dealing with the issue of militants  joining mainstream and holding talks with them.