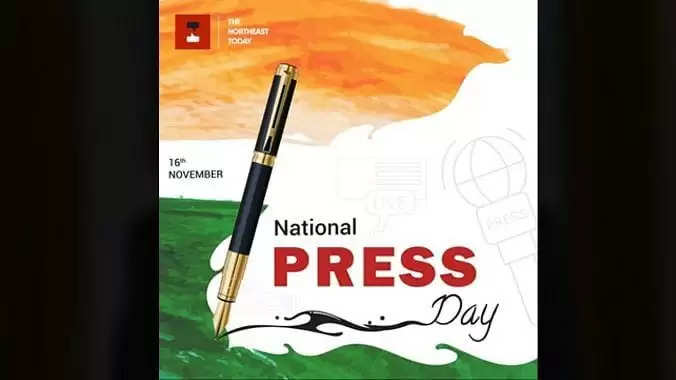 Information and Public Relations Minister James Sangma, on Monday, lauded the contributions of the press fraternity in Meghalaya and the sacrifices they made as front liners responsible for disseminating correct information to the people, given the ongoing COVID-19 pandemic.

“You have been silently working despite all the challenges. You have provided accurate information to the public by risking your lives and those of your loved ones,” Sangma said while addressing a small programme virtually from New Delhi on the occasion of National Press Day under the theme “Role of Media during the COVID-19 Pandemic and its Impact on the Media.”

“While journalists, along with other frontline workers have been at the forefront of the fight against the pandemic, little is spoken about the impact of COVID-19 on the mental health of journalists who, along with healthcare professionals, perform an equally important task in the fight,” Sangma said.

Sangma also pointed out that a global survey of 1,400 English-speaking journalists in 125 countries found that the Covid–19 crisis has had a profound psychological and emotional impact on the members of the press fraternity.

“Over 80 per cent of the respondents exhibited at least one negative psychological effect including anxiety, burnout, difficulty in sleeping and a sense of helplessness,” he said.

“The health crisis has placed extra pressure on an industry already facing multiple challenges,” he added.

Sangma also stated that the MDA government has always believed that the media is its accountability partner.

“The state government will give its 100 per cent and will support the initiatives of the Shillong Press Club in its efforts to serve the press fraternity,” he said.

“The need of the hour is for all of us to come together to support our journalists,” he added.

Meanwhile, Consultant Psychiatrist of Supercare Hospital Chayanika Sarma said that the media plays a critical role in disseminating correct information to the people.

While emphasising on the need to give due to importance to mental illness, she also urged the people to not watch the news on COVID-19 throughout the day, as it may affect their mental well-being.

National Press Day is observed on November 16 every year to honour the Press Council of India - a statutory and quasi-judicial establishment.

The Press Council of India was established on November 16, 1966, to monitor the quality of reportage provided by the Indian press.