Meghalaya mine tragedy: Decomposed body of one miner pulled out 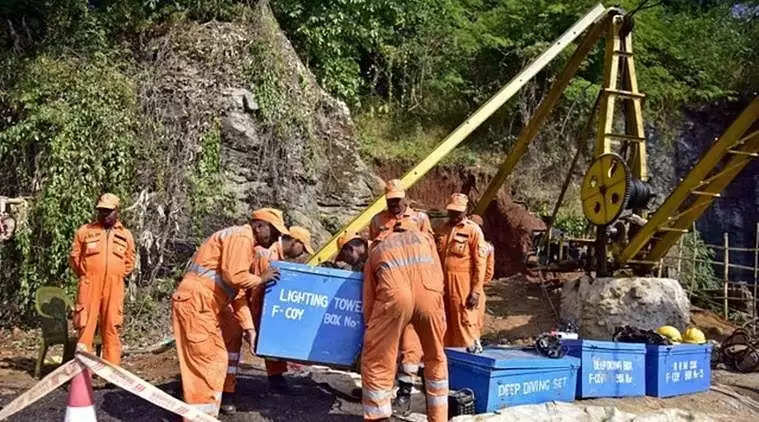 After almost six week, the body of one of the miners trapped in the rat hole mine in Ksan village in East Jaintia Hills, which was earlier spotted, was pulled out by the Indian Navy on Thursday.

The body was spotted last week by the team conducting the rescue operations. But it had disintegrated and slipped to the bottom of the main shaft as the Navy tried to pull it out of the flooded mine.

"We have recovered the body and it is heavily decomposed," said Santosh Kumar Singh, an official from the National Disaster Response Force.