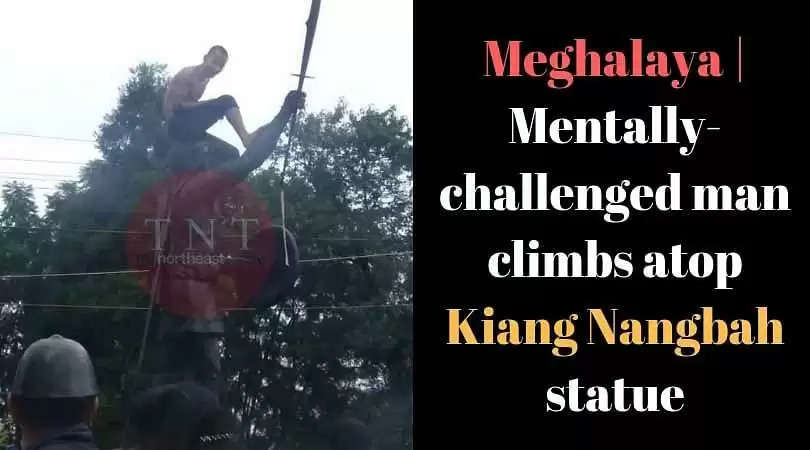 A person believed to be mentally-challenged climbed on top of the statue of U Kiang Nangbah near the Shillong Civil Hospital in the capital city on Monday afternoon.

The incident took place at around 3.30pm.

The man has since been taken to the police station after which he was moved to a rehabilitation centre.

U Kiang Nangbah was born to Ka Rimai Nangbah and was a respected freedom fighter who was incredibly disturbed by the highhandedness policies of the British. He was hanged by the British publicly at Iawmusiang in Jowai town in West Jaintia Hills district on 30 December 1862.