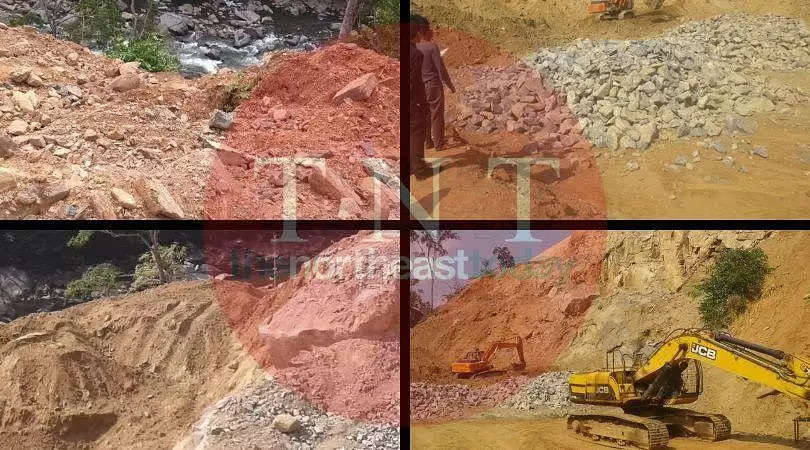 A day after a Garo Hills-based industry was alleged of violating NGT norms to ensure illegal quarrying of stones on the river bed of the mighty Simsang, the proprietor of the company in question, Georgeman Marak clarified that his quarry did not in any way violate environmental norms and everything was being done legally.

It may be mentioned that three NGOs of Williamnagar in East Garo Hills had, on Tuesday, lodged a complaint with the deputy commissioner against Marak Pavers and Stone Industries seeking closure of the quarrying of stones by the company stating the same was being done illegally and without permission.

The quarry is also close to the River Simsang which led to the objections by the GSU, FKJGP and AAYF.

"We have all the requisite permissions as per the MMCR rules, 2016 by the government of Meghalaya for running the stone quarry and it is being done keeping the environment in mind. There were not one but 3 inspections done and permissions given only after all departments were satisfied. So where is the question of illegal quarrying," said Marak.

"After the NGT ban on coal, in order to feed and pay more than 200 people working under me, I moved to stone quarrying with all the requisite permissions (including environment). I was also encouraged by the Contractor Association and PWD to set up a quarry given the volume of work pending on central and state schemes which were all stuck due to none having permissions. I got all the required permissions before starting off my quarry," said Marak.

Marak added that his quarry was being unnecessarily targeted. "I have done all the legal works for my quarry but look at the other places. Most of them are working without any form of permissions and clearances. They should look at those cases as well," asserted Marak.

A source from the forest department confirmed the statement of Marak stating that the company was being allowed to quarry only after permissions.

"Further the NGT mandates only 50 metres from water bodies as areas allowed for quarrying and the place they are quarrying is more than the required 50 metres," stated the forest official.