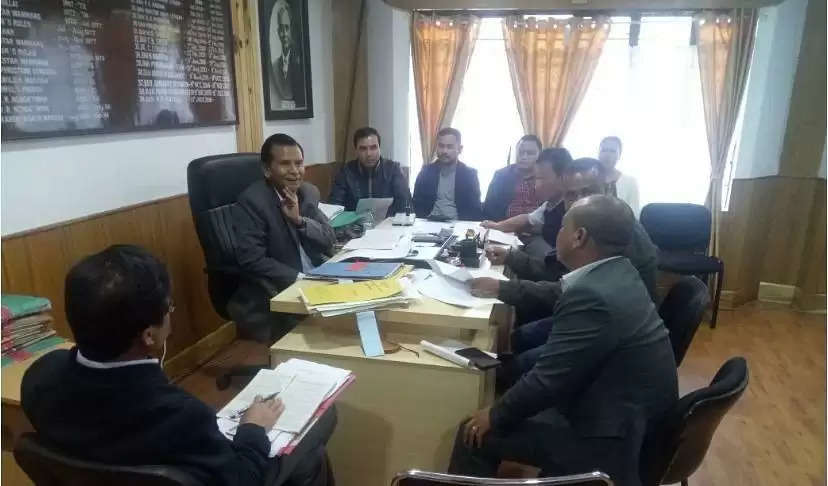 Shillong: The KHADC Executive Committee will table the much debated Khasi Social Custom of Lineage Bill, 2018 and also bring an official resolution for implementation of the Inner Line Permit (ILP) system during the special session of the Council to be held on October 25-26.

"We will re-introduce the Khasi Social Custom of Lineage Bill, 2018 during the upcoming special session of the Council," KHADC CEM Hispreaching Son Shylla told reporters after the meeting of the Executive Committee (EC) yesterday.

Shylla said that after an in-depth exercise, they have now removed the deficiencies in the Bill.

"We have clearly defined the custom of marriage which is based on the principle of "Tip Kur-Tip Kha" – to regard the matrilineal relationship and also the paternal relations," Shylla said.

It may be mentioned that the Bill was aimed at preventing Khasi woman from marrying a non-Khasi man. The KHADC CEM also informed that they are also bringing an official resolution on the implementation of the ILP within the areas of the Council.

Shylla said that they would urge upon the Meghalaya Governor to notify the Eastern Bengal Regulation, 1873 for the implementation of the ILP in the jurisdiction of the Council through the official resolution to be adopted during the upcoming special session.

During the two-day special session, the Executive Committee will also table the Subordinate Council of Traditional Chiefs and Headmen Bill 2018 and the Town Committee Rules for implementing the building bye-laws.