Meghalaya | Injured women’s activist continues to be on life support 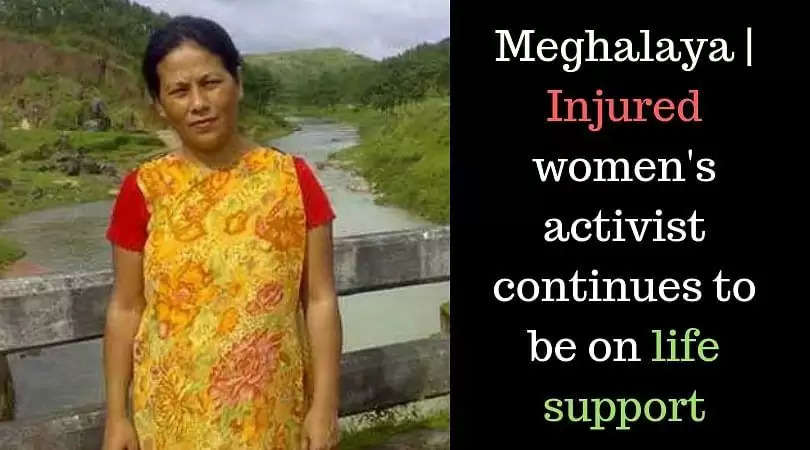 Meghalaya's frontline women's activist Agnes Kharshiing, who was brutally attacked by a mob, continues to be on life support system since Thursday and is still in a "critical condition", hospital authorities at North East Indira Gandhi Regional Institute of Health and Medical Sciences (NEIGRIHMS) said on Sunday.

Chief Minister Conrad Sangma, who is currently on a European tour, informed Kharshiing's family members that he is constantly monitoring and has asked his team to update him regularly about her situation and to provide all assistance from the government.

Family sources said that office of the Union Health and Family Welfare Minister J.P. Nadda is in touch with NEIGRIMS authorities and has pledged all assistance to the injured Kharshiing and her aide Amita Sangma.

"Kharshiing is still on ventilator and in a critical condition. Her condition is dynamic and can change with time," NEIGRIMS Spokesperson K.K. Pandita said.

"Sangma is fully conscious and oriented. She is able to converse normally," he added.

Kharshiing, who is leading the powerful Civil Society Women's Organisation, along with her aide Amita Sangma and their driver E. Kurbah were brutally assaulted by a group of some 40 people on November 8 at Tuber Sohshrieh area after the activist lodged a complaint against illegal mining and transportation of coal in East Jaintia Hills district.

Of the 40 odd attackers, police have arrested only two from the Kongong area the next day of the dastardly attacks.

Meanwhile, Swaraj India Party has demanded an independent enquiry into the incident and the alleged nexus of the coal smugglers with the police.

The National Green Tribunal (NGT) had ordered an interim ban on "rat-hole" coal mining in Meghalaya from April 17, 2014, after the All Dimasa Students' Union and the Dima Hasao District Committee filed an application before it, alleging that the water of the Kopili river was turning acidic due to coal mining in the Jaintia Hills.