Meghalaya: Opposition moves resolution for inclusion of IOA&AA in Art 371 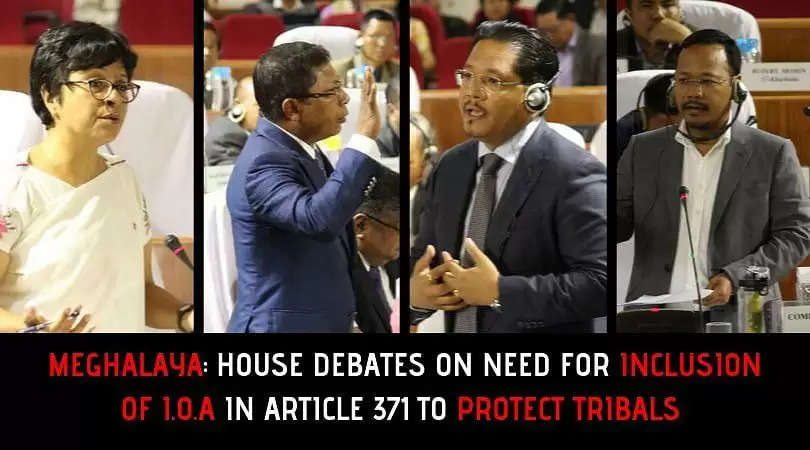 The Opposition Congress today called on the need to retrace on the Instrument of Accession and Annexed Agreement (IoA&AA) for the State to protect itself from the alleged "high-handedness" of the Union Government.

Moving a resolution on the subject — 'That the House resolves to urge upon the Centre to enact a legislation for inclusion of the historical instrument of accession in Article 371 of the Constitution of India for protection of the citizens of the State" on the fourth day of the Autumn Session of the Assembly, senior Congress MLA, Ampareen Lyngdoh said that the final Instrument of Accession (IoA) was accepted by the Governor General of India on August 14, 1949.

"In this agreement signed on August 17 1948, the Federation of Khasi States agreed in principle that all existing administrative arrangements between the Union of India and the Province of Assam and the Khasi States would become cooperative provided that theses States would continue to be given right on certain subjects like judicial authority, administrative powers, right over land, water and revenue," she said.