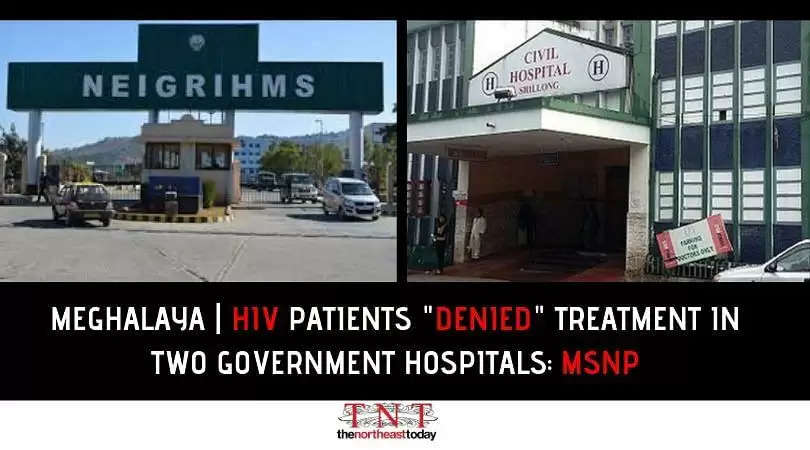 Does a doctor have the right to refuse treatment to HIV positive patients? This question has come to light after it was alleged that the Shillong Civil Hospital and a premier health institution in the Northeast, NEIGRIHMS have been rejecting treatment for HIV-positive people.

The Meghalaya State Network for Positive People or MSNP has alleged that the two Government run hospitals in the State have denied to treat a woman, who has a cyst only on the ground that she was an HIV positive person.

Talking a group of reporters recently, MSNP, General Secretary Barry Leslie Kharmalki alleged that the Shillong Civil Hospital has around 13 cases of HIV positive people requiring to undergo operations for some other ailments, but were denied the operations either directly or indirectly.