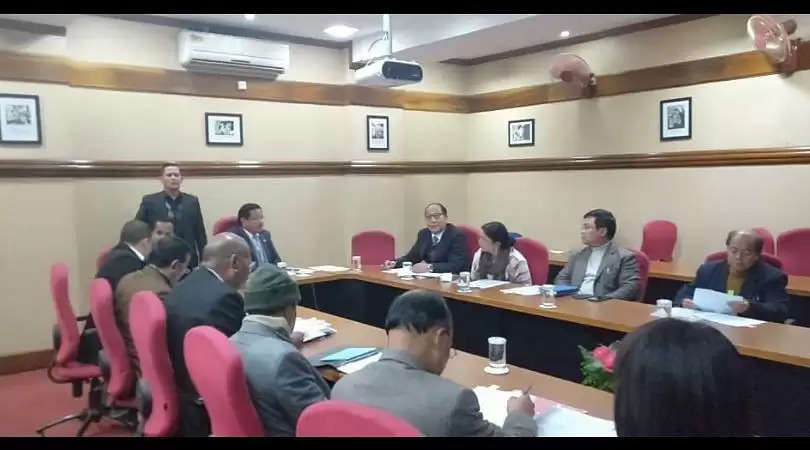 The Meghalaya Government is considering to appeal before the National Green Tribunal (NGT) or the Supreme Court on the Rs 100 crore penalty imposed by the tribunal.

"We might look at the option of appealing either the NGT or the Supreme Court," Chief Minister Conrad K Sangma told reporters here today.

It may be mentioned that the National Green Tribunal on Friday last had imposed a fine of whopping Rs 100 crore on the Meghalaya government for its failure to curb illegal coal mining in the state.

When asked how the Government will mop up resources to pay the fine imposed by the NGT, he said that the order from the NGT says that the Government need to collect from the miners and from other areas.

"But we have not been able to go through the entire thing. We just got the copy of the order. The Legal department is going through it. We are going to examine and see how to take this matter," Chief Minister said

Reacting to report on Assam police detaining as many as 70 coal trucks from Meghalaya citing that they have no valid documents, Chief Minister said that he is not aware about the case.

He said that without getting an official communication from Assam, it would be inappropriate on his part to comment anything on this matter.

"We will decide on the action which needs to be taken only after we receive information in writing from Assam Government," he said.