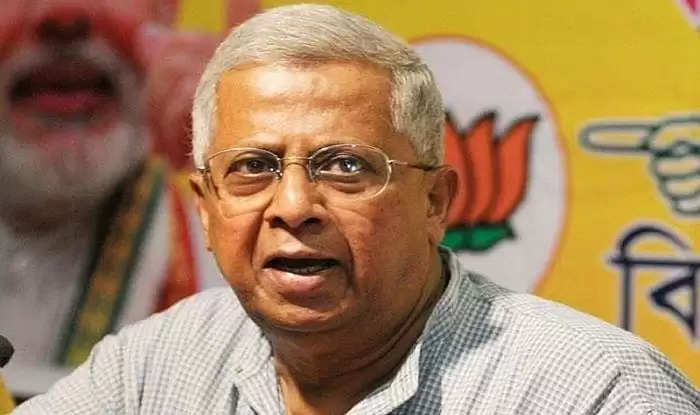 With the West Bengal Assembly elections coming up, Meghalaya Governor and former BJP leader Tathagata Roy expressed a desire to return to active politics in his home state once his tenure as governor ends.

A former West Bengal BJP president, the 74-year-old Roy also expressed his disagreement with some of the comments made by the saffron party's state leadership and felt they did not go down well with the people of the state.

During a recent webinar, Roy expressed his desire to return to active politics in West Bengal if the party leadership is willing.

"After my tenure as governor ends, I would like to return to active politics and serve West Bengal. After I return to my state, I will talk to the party (about it). It will be up to them to accept or reject my proposal," Roy said.

He was appointed as governor of Tripura in 2015 and later as the governor of Meghalaya in 2018.

His tenure as the Meghalaya governor ended in May but was extended because of the COVID-19 pandemic.

When asked about some controversial statements made by the state BJP leaders, Roy said that he feels that certain statements have done more harm than good.