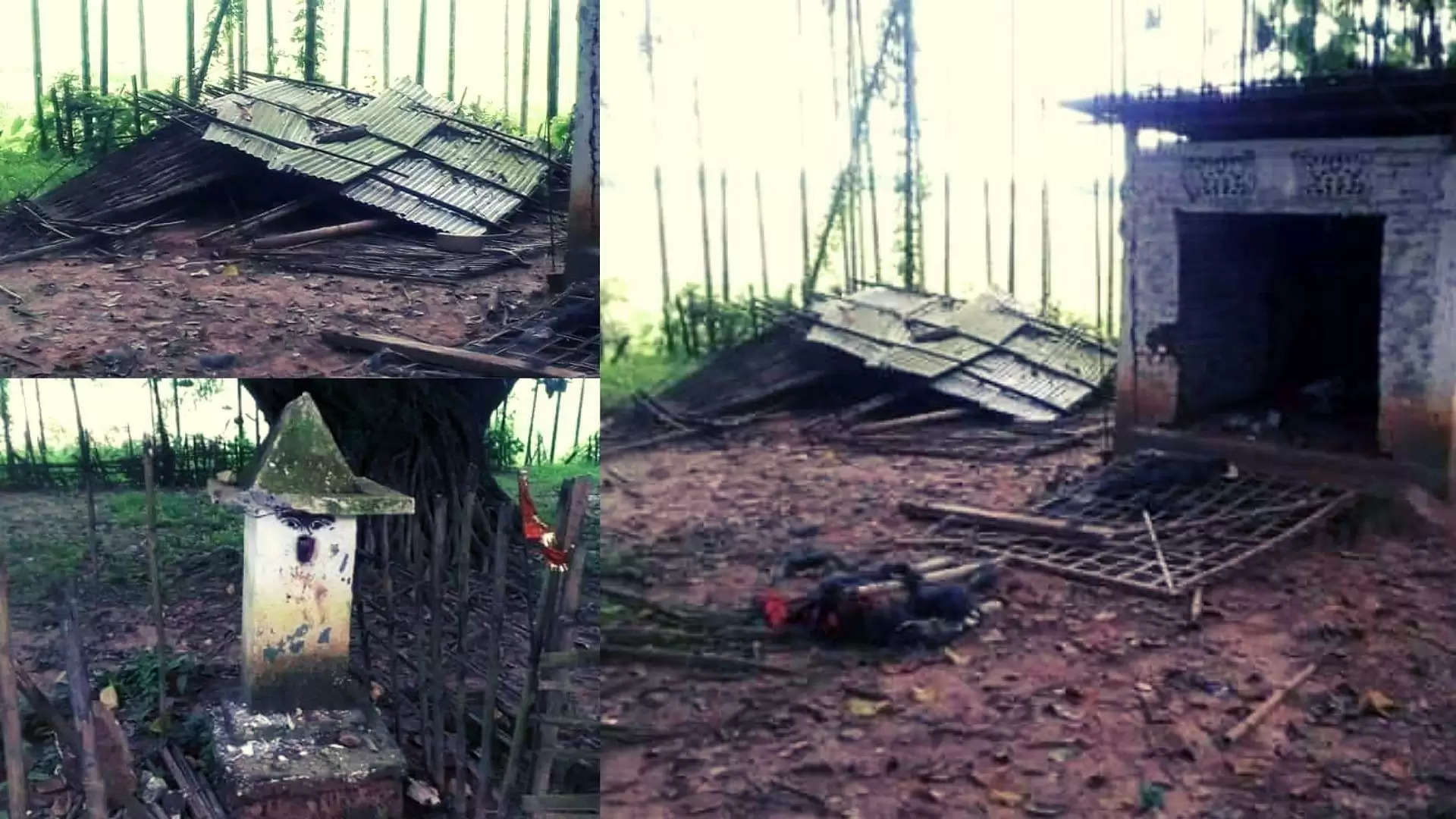 A temple of Goddess Kali was vandalised by unidentified miscreants in the village of Merengapara under Selsella Block in West Garo Hills (WGH) district of Meghalaya on Tuesday.

The village is close to Haldibari, near where the annual Charantala Mela takes place.

Following the desecration of the temple, local authorities moved quickly to ensure no untoward incidents took place with the situation currently said to be peaceful and under control.

As per reports, the tin house that surrounded the temple as protection for the idols inside was completely trashed.

A section of the small temple was also chipped away. The incident took place on Aug 16 but became more widely known after the information went viral on social media.

With the act having the potential to cause communal tensions, the district administration immediately registered an FIR against the unknown miscreants.

Locals, initially reluctant to file an FIR as they believed the same to be the handiwork of drunken men, were persuaded by the administration to file a complaint on the matter so that action could be initiated.

The peace committee meeting was undertaken on Aug 22 with local leaders from various communities promising to help in the investigation.

For now, however, there was no information available on the people who were responsible for the desecration or the motive behind the act.

However, this did not stop the Legal Rights Observatory (LRO), to term the matter as that of being communal in nature and threatening to retaliate.

This, despite locals insisting the act to be more of vandalism and not of communal targeting.