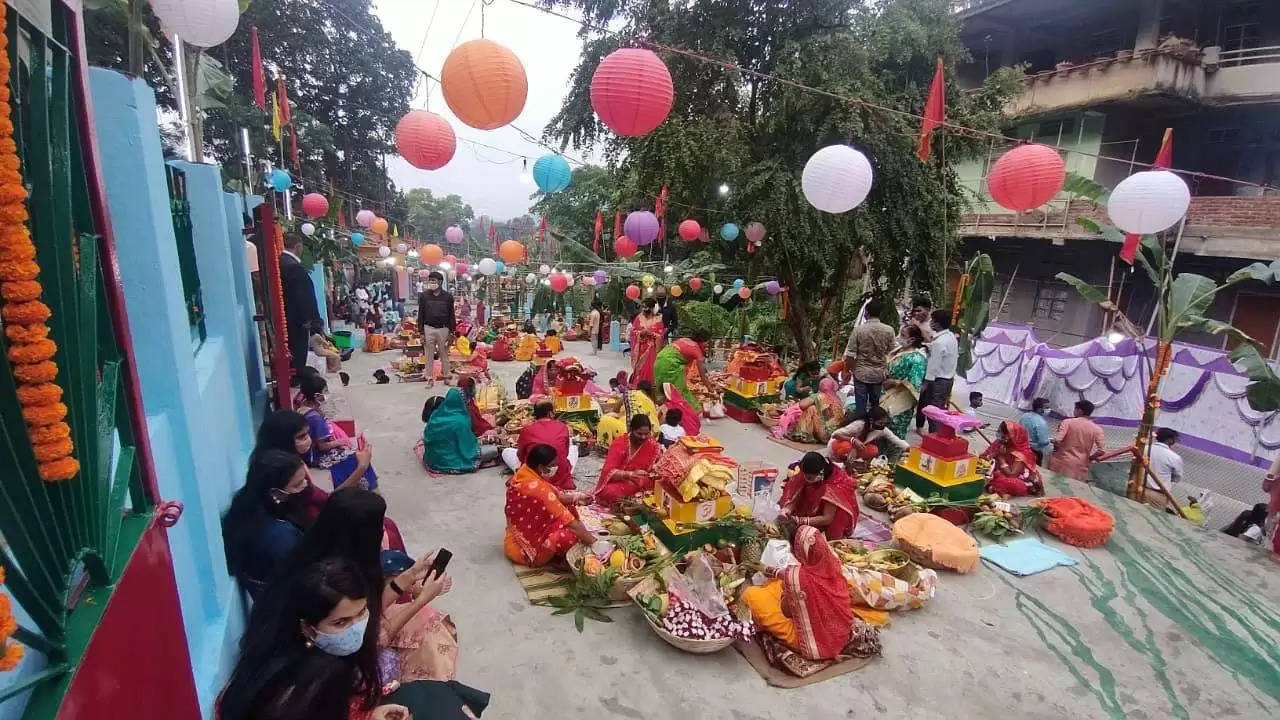 The ancient Vedic festival of Chatth was celebrated, albeit on a cautious note in the towns of Tura and Phulbari with devotees today worshipping the rising sun, a fitting end to the festival.

The festival honours the Sun God (Surya) and uniquely worships both the setting and rising sun. The puja in Tura took place in the dedicated Chatth Ghat at Babupara stream while in Phulbari, devotees thronged the Jinjiram River to offer early morning prayers in the winter cold.

The event in Tura is organised by the Tura Chatth Puja Committee and the committee this time ensured social distancing was maintained as much as possible as well making face masks mandatory owing to COVID-19 protocols. Gatherings were also restricted.

The festival is held each year six days after Diwali between the months of October and November.

A huge number of devotees, particularly from the Hindi speaking community, took part in the celebrations on Friday evening and early Saturday morning, with many taking part in ancient traditions of holy dips in the cold waters.

The ancient Hindu Vedic festival is dedicated to the sun for bestowing the bounties of life on earth and to seek the granting of certain wishes.

The festival sees rigorous fasting undertaken by both men and women over a period of four days before fast is broken after prayers on completion of prayers to the rising sun.

The rituals include bathing, fasting and abstaining from drinking water (Vratta), standing in water for long periods of time, and offering prasad (prayer offerings) and ‘arghya’ to the setting and rising sun.

Some devotees also perform a prostration march as they head for the river banks.

“Our festival ends on the morning of the fourth day with prayers by devotees to the rising sun (Usha). We pray to the Sun God (Surya) and to Chathhi Mai (who is the embodiment of five other Gods including Durga, Saraswati, among others) for their blessings in our lives,” said Kali Prasad, one of the organizers of the committee.