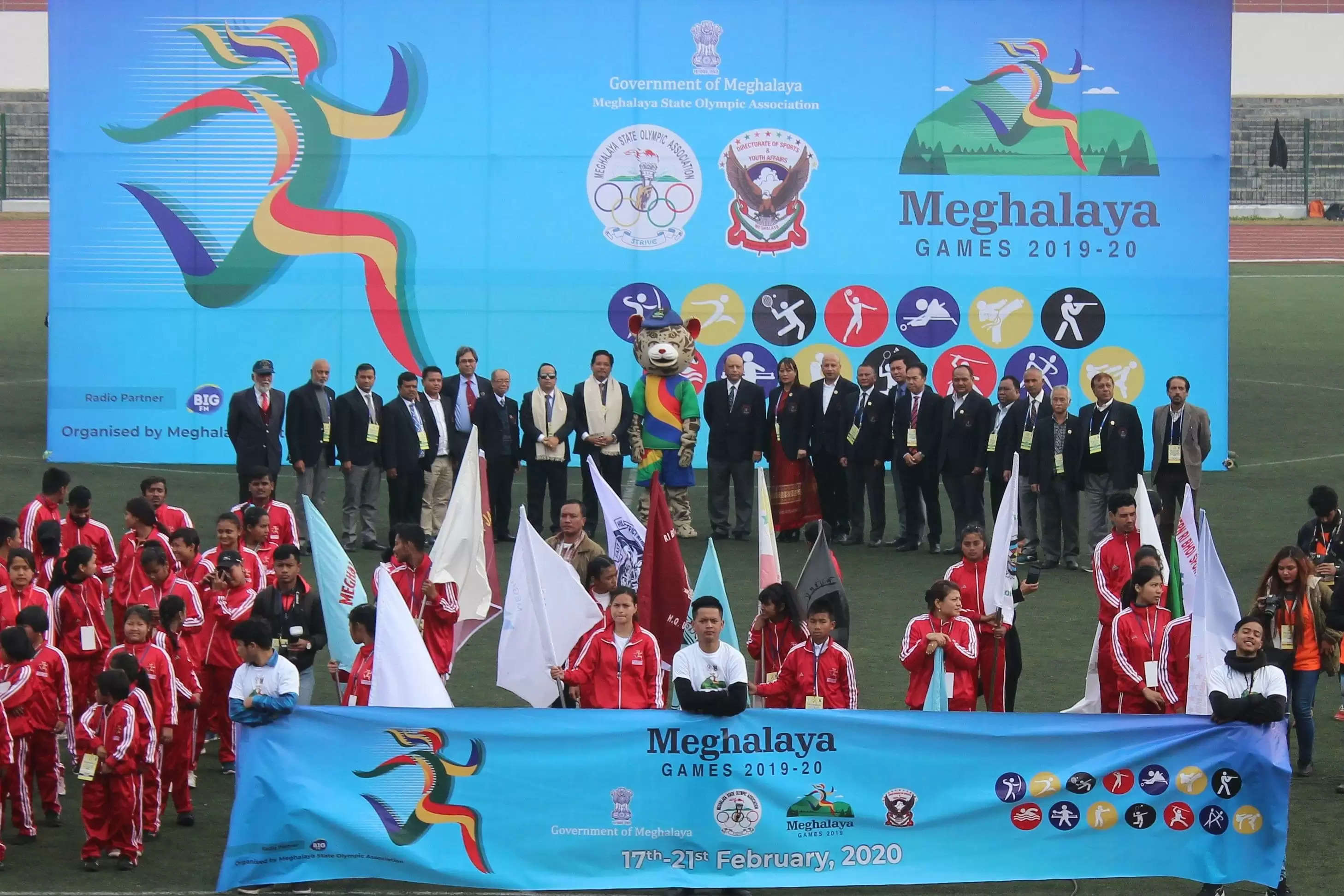 The Meghalaya Games 2019-20 kicked off in fantastic style with a rousing opening ceremony at the Jawaharlal Nehru Stadium here today.

The Games were officially opened by the Honourable Chief Minister and Chief Patron of the event Shri Conrad K Sangma in the presence of the Honourable Sports & Youth Affairs Minister and President of the Meghalaya State Olympic Association Shri Banteidor Lyngdoh.

The oath was taken on behalf of all athletes by rising Meghalaya karate star Wandahunshisha Mawblei.

In his speech the Chief Minister congratulated the organisers for holding the Meghalaya Games after a gap of 16 years said that sports encompasses culture, values, discipline and helps in the overall development of personality.

"It is not only the talent of the person but hard work, discipline and commitment that makes a successful sportsperson and it is these values which will produce responsible and hardworking citizens," he said.

The Chief Minister added that sports needs to be nurtured and the government is focusing on adopting a scientific approach to identify and develop the talents of young people from a very early age. He also reiterated the commitment of the government to National Games 2022 and informed that preparations for it are at an advanced stage in all areas. He added that the Meghalaya Games will help talents to be discovered and there is a need to hold the Games on a regular basis.

Earlier the Sports & Youth Affairs Minister said that the Meghalaya Games is a platform for the young, impressionable minds to learn the values of discipline, responsibility, team spirit and hard work not only in sports but in all walks of life. He also added that the Meghalaya Games is an opportunity to identify and prepare athletes for the National Games 2022. The Minister also gave an overview of the preparedness of the state for the National Games 2022.

The Chief Minister and the other dignitaries also unveiled a commemorative postage stamp for the Meghalaya Games and also launched the Meghalaya State Olympic Association website.

The Chief Minister, accompanied by the Sport & Youth Affairs Minister and MSOA Working President John F Kharshiing reviewed the athletes as they marched past the gallery. As part of the opening ceremony there were special contemporary and traditional musical performances as well as an artistic demonstration of the disciplines that are being featured in these Games.

The first medals will be distributed tomorrow with the conclusion of the table tennis events at U Tirot Sing Syiem Indoor Stadium.