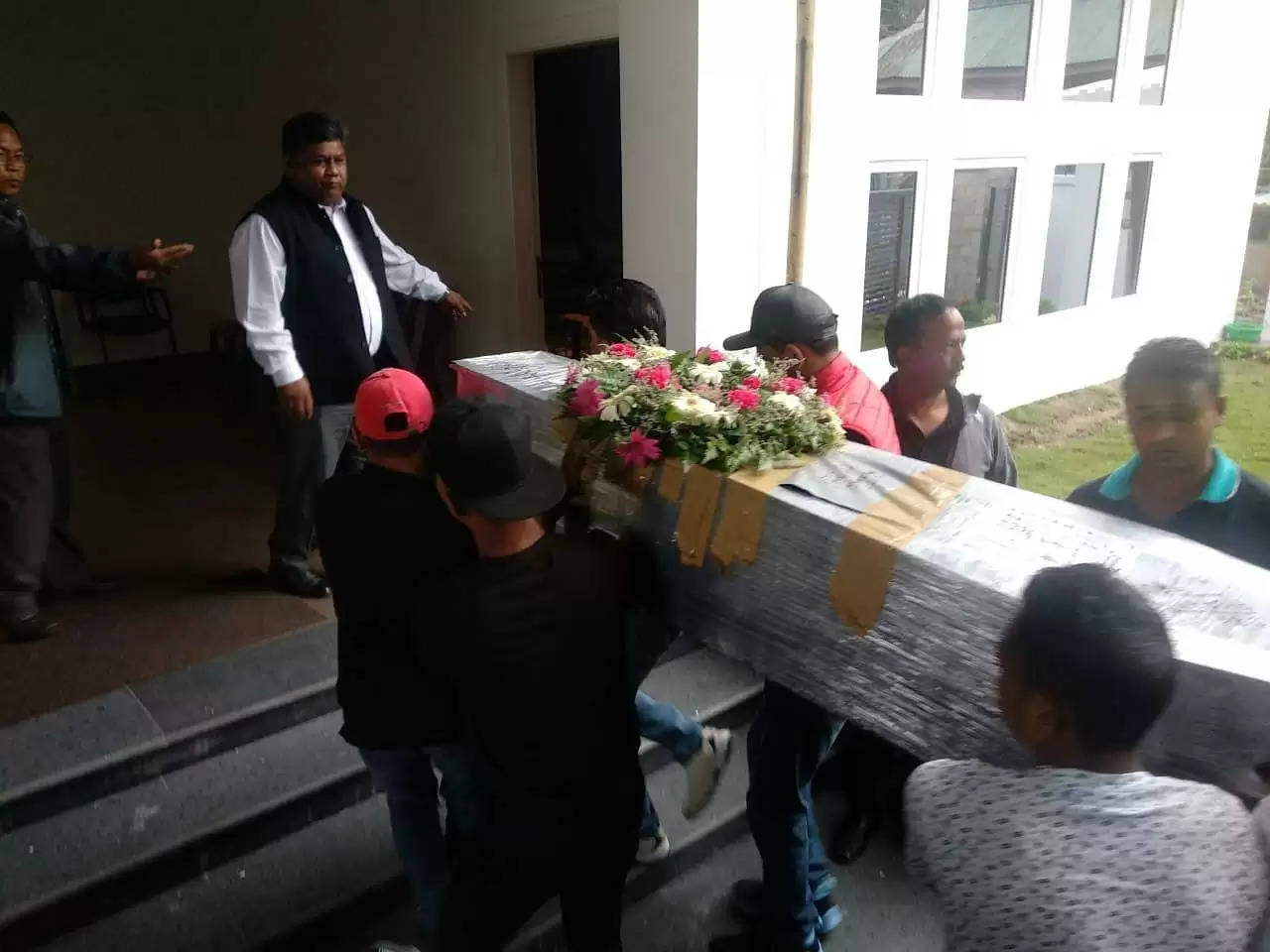 SHILLONG:  Amid the gloom and remorse, the body of former Power Minister, Clement Marak was brought to his residence at Motinagar, Shillong on Tuesday evening.

A host of Congress leaders including CLP leader, Mukul Sangma, Zenith Sangma, Charles Pyngrope, HM Shangpliang, Dr Celestine Lyngdoh, George Lyngdoh, Deborah Marak and others gathered at his residence with a heavy heart as they recalled his deeds.

As informed by his family members, the body was brought to Shillong before taking it to Tura for his last rites as he loved the house and had a special corner for the place.

Congress leader HM Shangpliang while recalling his association with Clement Marak said that a host of Congress leaders including Mukul Sangma will be visiting Tura on Wednesday to attend the last rites of the Minister.

Earlier in the morning, Marak's body was flown from New Delhi to Guwahati as theFormer Cabinet Minister and sitting Selsella MLA Clement Marak passed away in a private hospital in New Delhi on Monday evening due to cardiac arrest after a prolonged battle with cancer.

Marak had been battling prostate cancer for several years and was admitted to Max Super-specialty Hospital at Shalimarbagh in New Delhi for the last two weeks.

Later, the problem aggravated as he was diagnosed with lung infection. Marak frequently visited America in the last few years for treatment. His condition deteriorated a week ago and he was put on life support but he never regained consciousness. He passed away at around 7.30 pm on October 8.

Meanwhile,  All India Congress Committee (AICC) President, Rahul  Gandhi also condoled the death of the leader. Rahul Gandhi in a letter to the wife of Clement Marak, June Eleana R Marak said that he was grieved to learn about the sad demise of Clement Marak.

" My thoughts and prayers are with you and your family at this difficult time," Gandhi added.