Meghalaya: Floods finally recede in Garo Hills; what happens next? 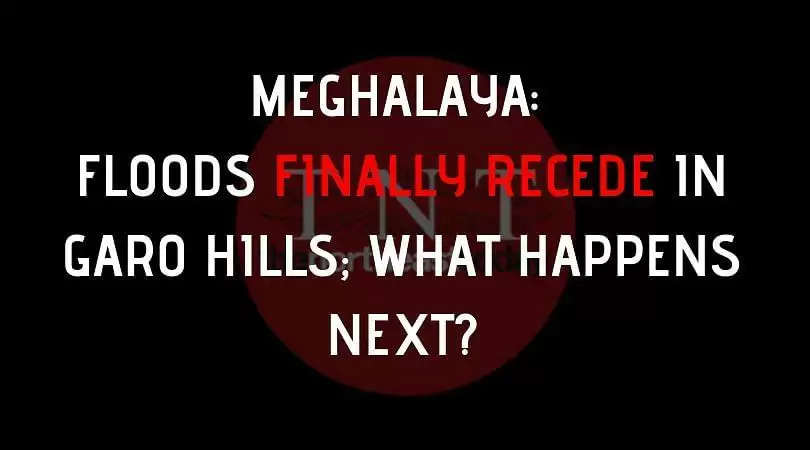 In a major relief to the people of Garo Hills, the flood waters in the plain belt of the region have finally receded allowing the affected people to return to their homes.

Termed as one of the biggest deluges to hit Garo Hills, the flood saw more than 1.62 lakh people affected in the two districts of South West and West Garo Hills with 2 deaths reported from the rising waters, both in SWGH.

Many thousands were lodged in camps that were set up by the government with many thousands more making their shelters alongside roads with their animals.

However, the situation and the support provided by the government in most areas has left most victims feel a touch disappointed. The government announced only 14 days of GR whereas those affected have admitted that they were in no position to bring things back to normal despite the lowering of water levels.

Meanwhile, taking into account the problems being faced by the victims of the recent floods, the NPP MLA from Phulbari, SG Esmatru Mominin (Rahibul) will be meeting the CM, Conrad Sangma tomorrow, Jul 31, to discuss the matter so that further assistance can be provided to the victims.

Facts you need to know about Late Dr Donkupar Roy

The MLA had earlier written to the disaster management minister, Kyrmen Shylla seeking an extension of relief as well as some household items to be given to those affected.

"They are in desperate need as most of their household utensils have been washed away. Most of those affected were daily wage labourers. It will take time for them to rebuild their lives and I am seeking the assistance so that they are able to get back on their feet quicker," said Rahibul on the matter today.

He added that most of those affected have gone back to their houses, but needed to start from scratch and all support would be welcomed by these victims at this time.