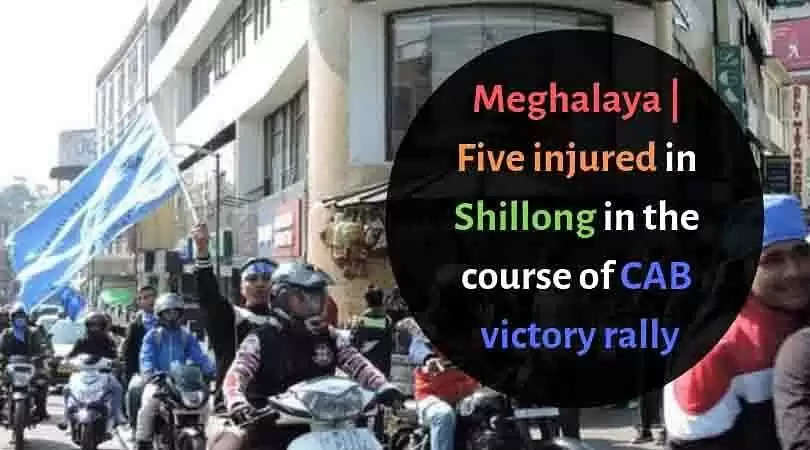 SHILLONG, February 14, 2019: At least five persons were injured Wednesday after they were beaten up for going wild during a victory rally organised by the Khasi Students Union (KSU) in the city to hail the Citizenship Amendment Bill not been tabled in Rajya Sabha and hence set to lapse, police said.

Superintendent of Police (City) SA Rynjah said as per the preliminary information some rallyists pelted stones and vandalised a few shops of non-tribals in Rynjah and RR colony areas drawing strong reaction from the locals.