Meghalaya: Fight breaks out between 2 groups of players in Shillong, two girls injured 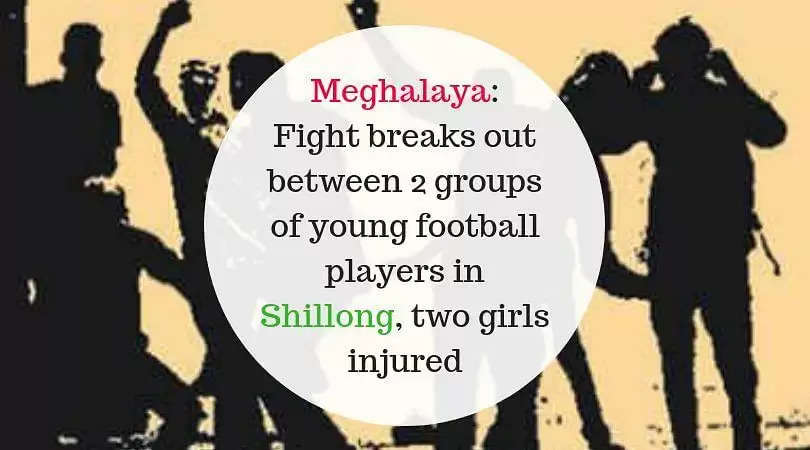 What started off as a argument later ended in a fight between two groups of young football players leaving two girls injured in JN Sports Complex, Polo in Shillong here on Wednesday.

The two girls, who are part of the contingent representing Rongjeng in East Garo Hills in the state level under-15 Subroto Cup at JN Sports Stadium, are currently undergoing treatment in Shillong Civil Hospital.

According to some of the witnesses, a group of players (both girls and boys) were having dinner at around 7.30-8 pm on Wednesday when some players started bullying the other group of players; the same led to a quarrel and later culminated in a fight leaving two girls injured. One of the girls was hit badly in the stomach while another sustained minor injuries.

Meanwhile, when contacted the SP (City) Steve Rynjah said that the matter is not as graved as what was rumoured. While not denying that there was a fight, he, however, said that the fight was between two groups of girls and brushed aside reports of the girls being beaten by some male players. "It was a scuffle between the young players and as per medical reports, both the girls are fine and suffered no injuries," he said.

He informed that no FIR was filed in this regard.

Meanwhile, officials from the Sports Department clarified that it was a minor scuffle between players but unfortunately, the matter was blown out of proportion. "It is nothing serious; we have spoken to both the parties and the matter is resolved," said the source.