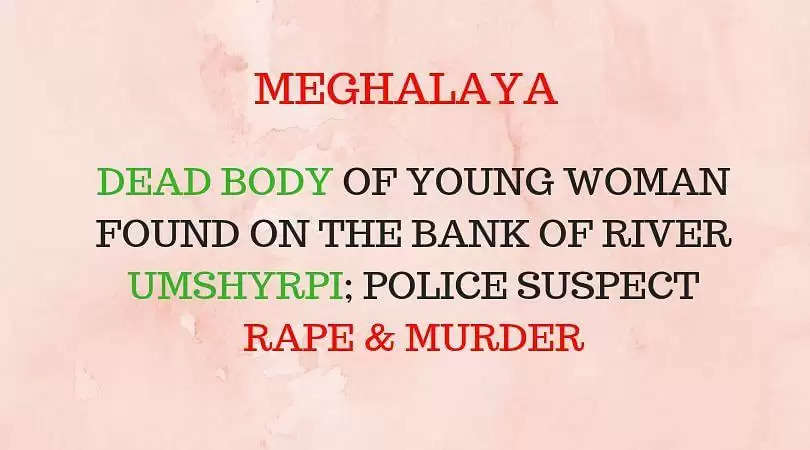 East Khasi Hills district Police on Tuesday recovered a dead body of a young woman (name withheld) on the bank of the Umshyrpi river in Mathura Compound in Jhalupara area in Shillong.

The woman, who was in her early 20s, was found naked and police suspect that she might have been raped and murdered. The victim, a resident of Nongmynsong, was reported missing since November 30.

According to the EKH Superintendent of Police (City), Steve Rynjah, the dead body was first spotted by local boys during the day on Tuesday but the matter was reported to the Police only in the evening.

"The place where the body was spotted was very steep and we had to take flood lights as it was a difficult task to pull the body out during the night," said Rynjah adding that they are still awaiting the Post Mortem report to ascertain the cause of death.

Furthermore, the SP informed that no injury marks were found on her body except for a wounded knee. "When we spoke to the family members, they informed that they were initially not worried about her absence as she would often stay at her friends' house for a night or two but after many days have passed and she hasn't returned, they filed a missing complaint," added Rynjah.

When asked whether the woman was murdered somewhere else and the body thrown at that place, Police replied in a negative stating that if the body was thrown in that area, there would have been injury marks.

Police also suspected that the woman might been raped and left in that same place. She might have died on Monday evening due to extreme cold and the body was found on Tuesday. "But then again, we are still unsure of the cause of death," Rynjah reiterated.

It was informed that the woman was married but separated.