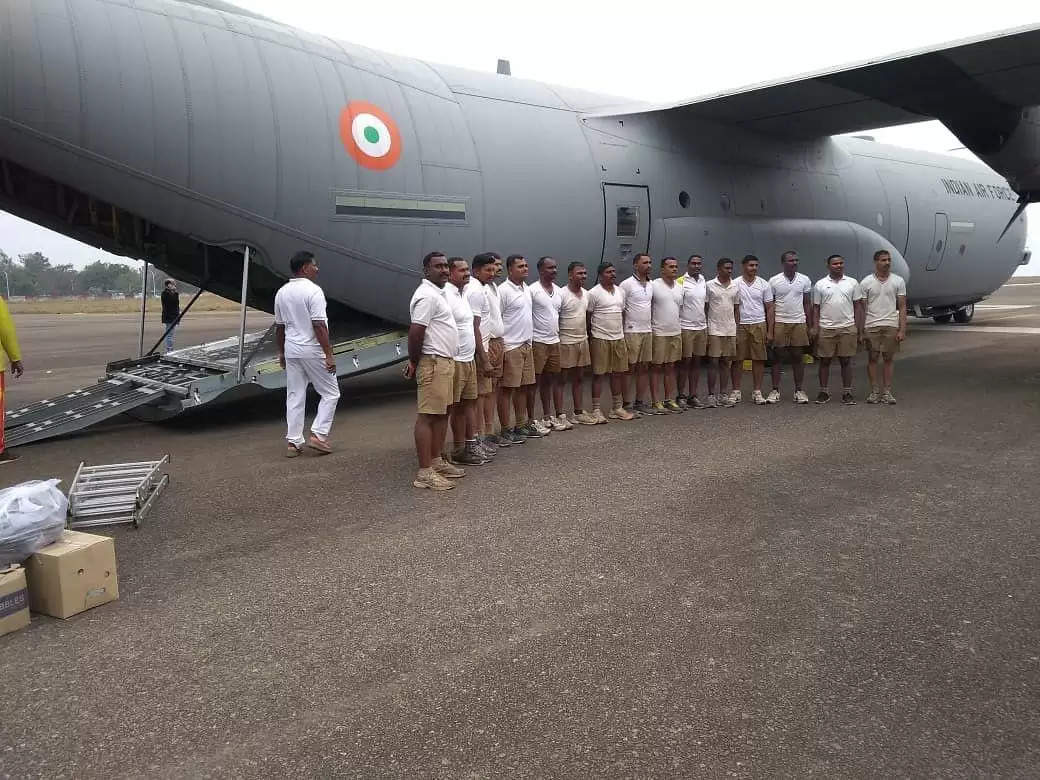 Shillong, Dec 28 (IANS) The Central government on Friday rushed an additional National Disaster Response Force (NDRF) team to Meghalaya to assist the state in evacuating 15 miners who are trapped inside an illegal coal mine for 16 days now.

"We have been to the mining site on Thursday and made preliminary assessment along with the NDRF team. We have discussed plans and strategies with the NDRF and State administration how to dewater from the pit," N. Mahapatra of Kirloskar Brothers' Limited, told IANS.

"We require a good number of powerful pumps to suck out the water and this has been informed to our senior officials," he said.

CIL Director Technical Binay Dayal, who arrived in Shillong on Thursday and held discussions with district authorities, said that the first task is to try to get the map of the illegal coal mine.

"Our logistics and technical team are on the way to the mining site. We are hopeful that our powerful pumps reach the site soon. We have been told that several other agencies would also provide necessary assistance," he said.

The district administration has temporarily suspended pumping of water from the coal pit since December 24. However, the NDRF rescuers team dived inside the main shaft of the coal pit but could not locate any of the miners.

"The rescue operation is still on and our divers dived yesterday (Thursday) to locate the trapped miners but could not locate any of them. There is nothing in the main shaft of the coal pit. We have used all our equipment with us including SONAR to find out if any of the miners are trapped in the main shaft," NDRF Assistant Commandant Santosh Kumar Singh, told IANS.

Asked if the rescuers have lost hope to evacuate the trapped miners over ground, Singh said, "Rescuers never lose hope. We are all putting our best efforts to rescue them."

However, the relatives of the trapped miners are losing hope and are expecting a miracle to occur.