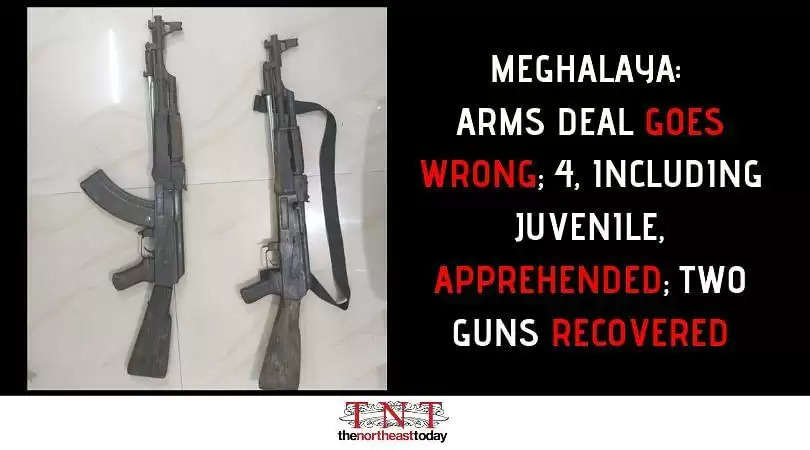 The East Garo Hills Police on Wednesday apprehended four persons, including a juvenile upon information of an ongoing arms deal.

The 3 arrested have been identified as Sujit N Marak of MeECL Colony in Williamnagar, Jublune Marak (29) of Samanda Chinemgre (EGH) and Jewil Ch Momin (20) of Nangapa Chidimit (EGH).

"They were arrested based on information of some people trying to sell arms after a string conducted by EGH DEF and SF -10 commandos. Two AK 56 rifles (one with magazine and another without) were recovered from their possession," said district police chief, Ringrang TG Momin.

The juvenile who was apprehended along with the 3 has been sent to an observation home.