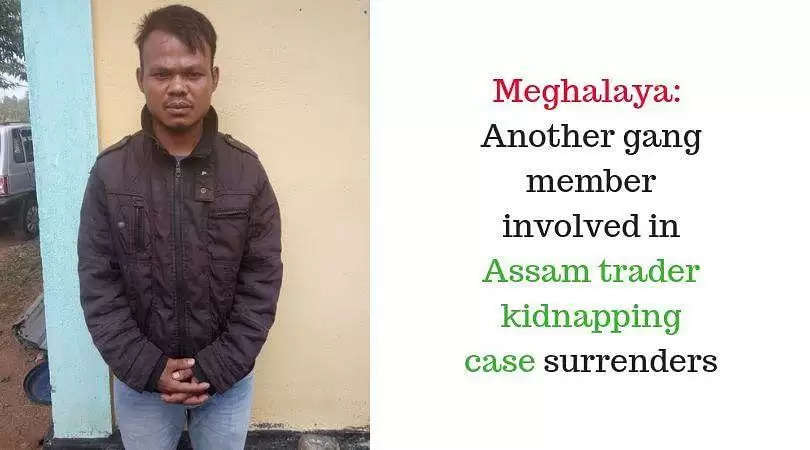 Days after Assam trader, Tapos Dey escaped the clutches of kidnappers in East Garo Hills, Police have arrested yet another member of the gang after he surrendered himself to the authorities in Rongsak Operations Group Centre (OGC).

Munna D Marak (24) a resident of Rongsak surrendered was, according to police sources, one of the initiators of the crime. He along with Anseng T Sangma and Pelington Ch Marak were the ones who started the conspiracy.

"They were the ones who chose the target as well as the spot where the act was to take place. He was also present along with the above two gang members during the abduction but on seeing the police and public search parties, he along with Salsrang and another Tengson fled towards Rongakgre. They were however separated," said superintendent of police, EGH, Ringrang TG Momin.

While Salsrang was arrested on the same day of the incident (Nov 13), Anseng T Sangma was arrested by police yesterday. Police are still on the lookout for the rest of the gang members.

Dey was kidnapped 3 days ago while he was on his way to the weekly market of Rongsak in East Garo Hills under Chiading PS at about 8:30 am. He was kidnapped by a group of bike borne criminals but let the same night of the kidnapping.

The kidnappers made off with Rs 70,000 that was on the person of the victim for the purchase of ginger, a commodity that he used to trade in.