EDITORIAL | Lingering financial mess in MeECL: Who do we blame? 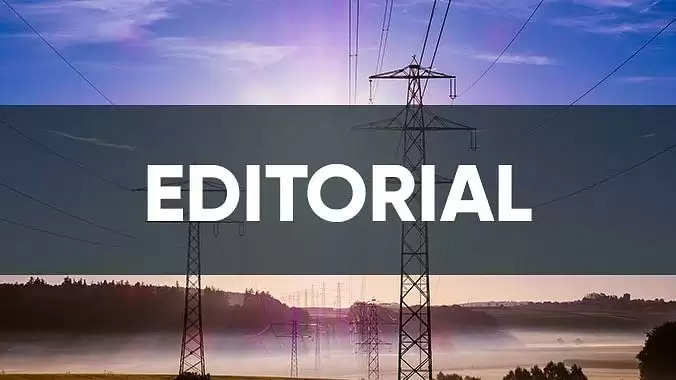 The imbroglio in the Meghalaya Energy Corporation Limited (MeECL) has become yet another issue in the state where we see both the ruling and opposition engaging in mud-slinging amid the financial crisis that the state-owned electric utility company is experiencing.

The opposition Congress had recently alleged the NPP-led Meghalaya Democratic Alliance (MDA) government of robbing the MeECl even as it stated that the MeECL is being used as a milch cow by political leadership at the helms of affairs.

On the other hand, the state government had clarified that MeECL is going through a lot of financial stress and has huge outstanding dues even as it attributed revenue leakages as one of the reasons for the huge financial burden.

The MeECL is experiencing multiple challenges of clearing the dues worth more than Rs 1,400 crore to different power generating companies. Besides this, the corporation is also yet to clear the terminal benefits of employees worth hundreds of crore coupled with the two-month pending salary of the staff.

Amid all the attacks and counter-attacks launched by both the ruling and opposition, we must not forget about the employees who are protesting against the non-disbursement of their salaries.

Come up with a solution, says the employees of the corporation, who are yet to receive their salary for the past two months – October and November.

The employees of MeECL under the banner of Coordination Committee Of Registered MeECL (Employee) Associations and Unions (CCORMAU) have been protesting against the non-disbursement of salary for the past several weeks.

On December 13, the CCORMAU threatened to launch a series of agitations starting December 15 with a pen-down strike, if the government fails to release their two months pending salary by December 14.

According to CCORMAU, employee costs should be given top priority and, payment of loans and other liabilities should be done only after disbursement of salary and pension.

Reacting to the delay in disbursement of salary, the power minister had stated that the government is constantly in touch with MeECL authorities to find ways to resolve this issue.

Aside from this, the Asian Development Bank (ADB) has pledged to loan $ 132.8 million (Rs 930 crore approx) to revitalise the power sector in the state.

The government is hopeful that this loan would enable the authorities to bail MeECL out of the lingering financial and management mess. But for how long?

The problem will remain unless the government comes with a long-term solution because as we know it, the financial problem in MeECL is not a new thing.

Blame it on unpaid dues and of course, let’s not forget corruption!