Speaking to the press after the meeting, Tynsong stated that there were reports of cracks on the bridge which needed to be looked into immediately, and for which the meeting was convened. 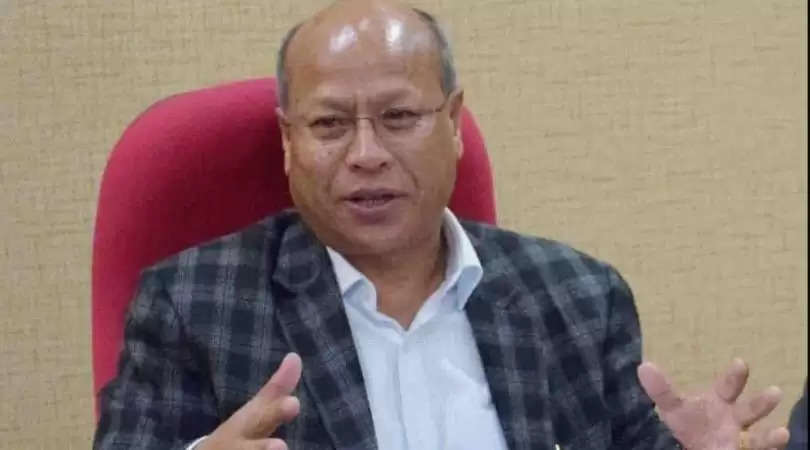 Deputy Chief Minister-in-charge of PWD (Roads) Prestone Tynsong, on January 5, chaired a meeting with the project director of National Highway Authority of India (NHAI) and PWD (Roads) over the poor condition of Sonapur Bridge in East Jaintia Hills.

Speaking to the press after the meeting, Tynsong stated that there were reports of cracks on the bridge which needed to be looked into immediately, and for which the meeting was convened.

"I have asked the project director of NHAI to collect all the details from the site and take immediate necessary action at the earliest," Tynsong said.

Tynsong informed that experts from Delhi have also arrived in the state and are already on the way to Sonapur for a detailed examination of the bridge and recommending the future course of action.

Constructed by the BRO, the 100-metre Sonapur Bridge is the lifeline of Meghalaya which connects the state to other Northeastern states.

Tynsong informed that the district administration of East Jaintia Hills has already issued necessary restrictions on vehicular movement over the bridge.

"...the permissible limit of those commercial vehicles plying to and fro Meghalaya needs to be at least adhered to," he added.

Asked about the steps taken by the department to prevent traffic jams along the Shillong-Jowai road, the deputy chief minister said, "In fact right now the government of India through the Ministry of Road Transport had already handed over this project from that flyover at Umiam upto the border of Assam, the intention is to convert the double lane road to four-lane."

"So now it is the job of the NHIDCL to go for the survey and a detailed DPR has to be prepared by them," he added.