The BSF informed that all the undocumented Bangladeshis were residents of Sunamganj, a flood-prone and poverty-stricken remote district in the Sylhet Division. 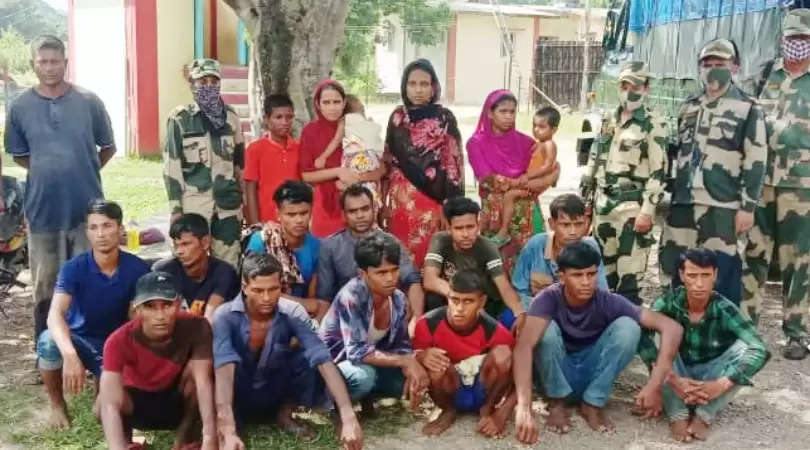 The Border Security Force (BSF) Meghalaya Frontier apprehended 19 Bangladeshi nationals said to be crossing the Indo-Bangladesh border undocumented on September 27. The BSF troops of the Border Out Post Rynkhua were said to have been tipped off about two touts guiding a group of migrants across the border at an unfenced route along the international border.

At around 3.30 pm, the security personnel were said to have observed suspicious movement, and ultimately apprehended 13 men, 3 women, and 3 children, along with 2 touts. Among the undocumented migrants, most were between the ages of 20 to 30 years, with the youngest being a two-year-old infant.

The BSF informed that all the undocumented Bangladeshis were residents of Sunamganj, a flood-prone and poverty-stricken remote district in the Sylhet Division. During preliminary questioning, the undocumented migrants revealed that the touts promised to provide them passage through Meghalaya with the intention to secure labour work in Kashmir. All nationals were subsequently handed over to the concerned police station for further legal actions.

Inspector General, BSF, Meghalaya Frontier, Sh Inderjit Singh Rana said that the Troops of the Meghalaya Frontier have increased vigil in the vulnerable areas of the border with Bangladesh to curtail trafficking by touts.