According to Ri Bhoi Superintendent of Police, Nazarius Lamare, a fight broke out between the two youth groups, compelling the district administration and police from both West Karbi Anglong in Assam and Ri Bhoi District in Meghalaya to intervene. 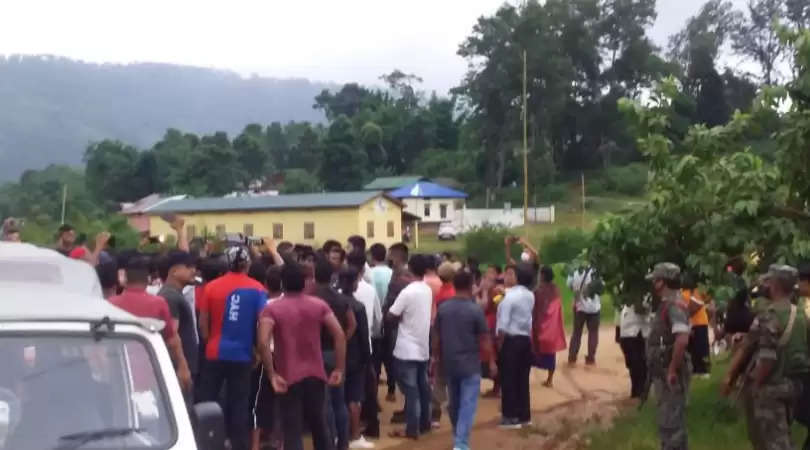 A fresh clash erupted between members of the Meghalaya-based Hynniewtrep Youth Council (HYC) and the Karbi Students' Association (KSA) near Umlaper village, under the Block II area in Mawhati, which is one of the 12 areas of contention between Assam and Meghalaya in Ri Bhoi district, on Wednesday.

According to Ri Bhoi Superintendent of Police, Nazarius Lamare, a fight broke out between the two youth groups, compelling the district administration and police from both West Karbi Anglong in Assam and Ri Bhoi District in Meghalaya to intervene. "In the melee, one of our police officials (Deputy SP) was injured," Lamare said.

The incident occurred when the members HYC were on their way to meet the three local youths, who were allegedly thrashed by Assam Police personnel at a check gate in the area on Monday night, were stopped midway by KSA members.

Following the incident, Member of District Council (MDC) from Mawhati, Charles Marngar, and the president of the Synjuk ki Rangbah Shnong Border Area, Block II (Raid Nongtung), Blikshon Sohtun, have urged the youth groups and social organisations of both the states not to interfere in the internal matters of the area as outside interference can aggravate the already tense situation.

"I urge the leaders of various social organisations to respect the traditional leaders and the people of this area and consult them before visiting any border village because their presence may hamper peace in the area," Marngar said.

Sohtun too urged the organisations not to take unfair advantage of the current situation and disrupt peace in the area as both Meghalaya and Assam are in the process of resolving the long-pending interstate boundary dispute.

Sources inform that officials from the district administration of West Karbi Anglong and Ri Bhoi District will soon meet and discussed the issues to restore peace in the border area.