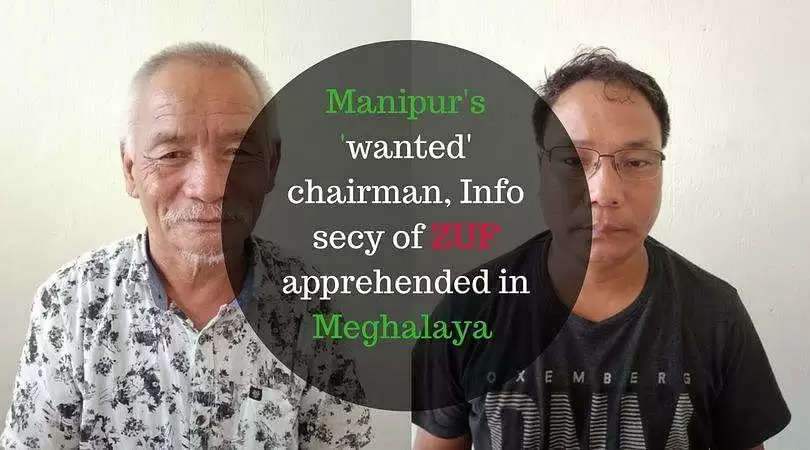 In a major break through, the Meghalaya Police on Monday arrested two 'wanted' cadres of the Zeliangrong United Front (ZUF), a militant group of Manipur, at Phramer area in West Jaintia Hills, while they were on their way to Guwahati from Silchar.

Acting on intelligence inputs that two ZUF cadres were travelling in a Night Super Bus from Silchar towards Guwahati, a Naka was put up at Phramer area and during checking at 2.30 am, the Night Super Bus (B/R No. AS 01 JC – 1300), the two top functionaries of the ZUF were apprehended by the Special Cell of West Jaintia Hills. Four mobile phones were seized from their possession.

WJH SP, Vivek Syiem informed that during preliminary enquiry, the two cadres admitted that they are ZUF cadres and were planning to go to Guwahati for which the matter is still being enquired.

"The ZUF is a militant outfit operating in some pockets of Nagaland and Manipur. The ZUF has its own military wing namely the Zeliangrong Tiger Force (ZTF) which has its own chief," Syiem informed.

The duo have been forwarded, under section CrPC, to the court of the Judicial Magistrate First Class, West Jaintia Hills for judicial remand.

It was informed that the duo are wanted in Tamenglong district, Manipur for 5 cases under the Arms Act.

The Superintendent of Police, Tamenglong district of Manipur is sending a team to take custody of the accused persons.