Manipur: Women vow to continue fight till AFSPA is withdrawn 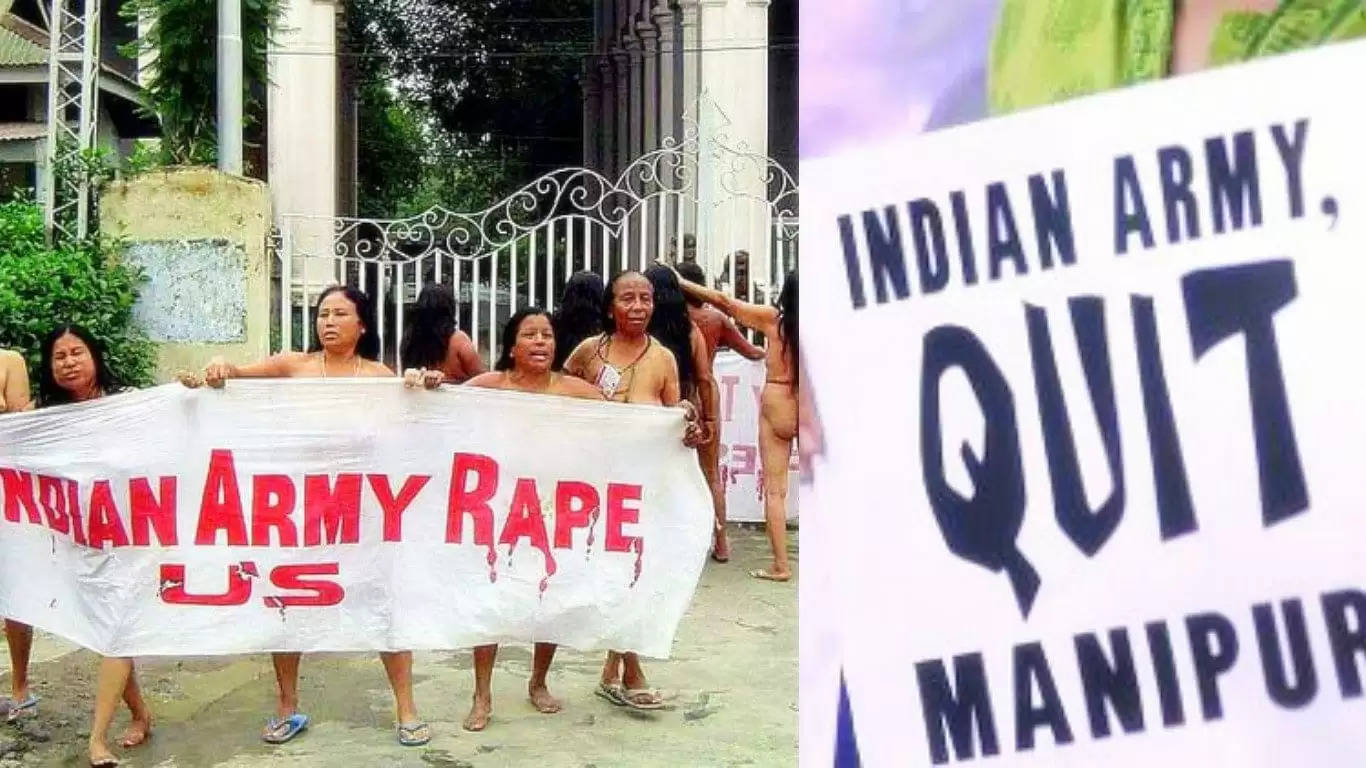 Thirteen years after their naked protest here against the alleged rape of a 32-year-old woman by Assam Rifles troops, the "Mothers of Manipur" want their fight to go on till the controversial AFSPA is scrapped.

It was on July 15, 2004 when the 12 elderly women staged the naked protest outside the historic Kangla Fort, then a camp of the Assam Rifles, holding placards that read "Come Indian Army Rape Us", which had shaken the conscience of the entire nation.

The women, fondly called "Mothers of Manipur", now say their protest 13 years ago had not borne fruit and so they would continue to fight till the Armed Forces (Special Powers) Act (AFSPA) is completely withdrawn from the state.

"We all felt like we are mothers of the hapless girl who was gangraped and murdered. The women of Manipur have been the worst victims of insurgency. Both the militant groups and a section of security forces torture women as we are soft targets. Our mode of protest then came from within," 66-year- old Gyaneshori told PTI.

"We wanted a message to be delivered to the whole world and the rest of the country that we too have the right to live with dignity and Manipuri women can't be just raped and killed," Gyaneshori says.

Haobam Tombi says although the protest, which had drawn global attention, led to the Kangla Fort being vacated by the Assam Rifles and the AFSPA being withdrawn from seven Assembly constituencies in the Imphal municipal area, the fight will go on till the complete withdrawal of the law which gives the army enormous emergency powers.

"The fight is not over until and unless AFSPA is withdrawn from the entire state and those involved in rapes and fake encounters are punished," she says.

Manipur was brought under the AFSPA in 1980 after being declared a "disturbed area" due to insurgency in its hill districts.

"The struggle of Manipuri women has been globally acknowledged. Our courage, dedication and commitment to strive and fight for a better Manipur, where our next generation don't has to live under the shadow of the gun, have kept us going," Soibam Momon says.

Mutum Ibemhal, who sells clothes in the traditional "Mother's market" or Ima-Kheitel in Manipuri, says, "Fighting for truth and justice has taken a toll on my family life. I have lost two of my sons. The women's movement in Manipur has slowed down in the last few years and we need to strengthen it."

Lourenbam Ongbi Nganbi, who is still engaged in social work, feels although the protest in front of Kangla Fort in 2004 gained a lot of media attention, a lot more need to be done to ensure that the AFSPA is withdrawn and those violating human rights are punished.