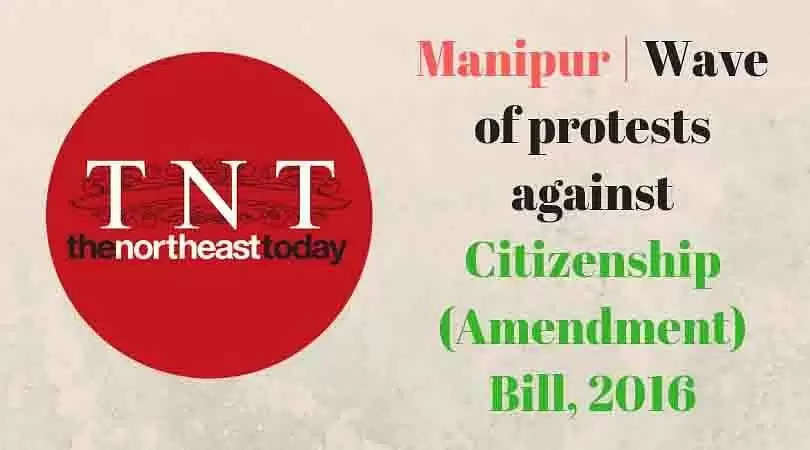 IMPHAL, January 10, 2019: Various political parties, civil organisations and student bodies on Wednesday and protested against the passing of the controversial Citizenship (Amendment) Bill, 2016 in Imphal.

Senior Congress MLA and Manipur PCC vice president N Loken warned that the party is set to launch a series of agitations against the bill as the party
leaders and workers staged a protest demonstration here.

Convenor of coordinating body of trade unions Manipur Ksh Shanta, while stating that CAB is against the indigenous people of the northeast, warned
of launching agitations against the statute by the body, a conglomerate of several Left parties.

Members of the All Manipur Students' Union protested at their Imphal head office.